Sherlock has Dr. Watson. Hunter Thompson has Dr. Gonzo. Somewhere in-between I have Dr. Jen. She’s the brains of this outfit. She has the social grace I lack. She can reach top shelves I can’t. She’s got style, she’s got flair, she’s always there, she’s Dr. Jen! And as of last Friday, she’s 40! 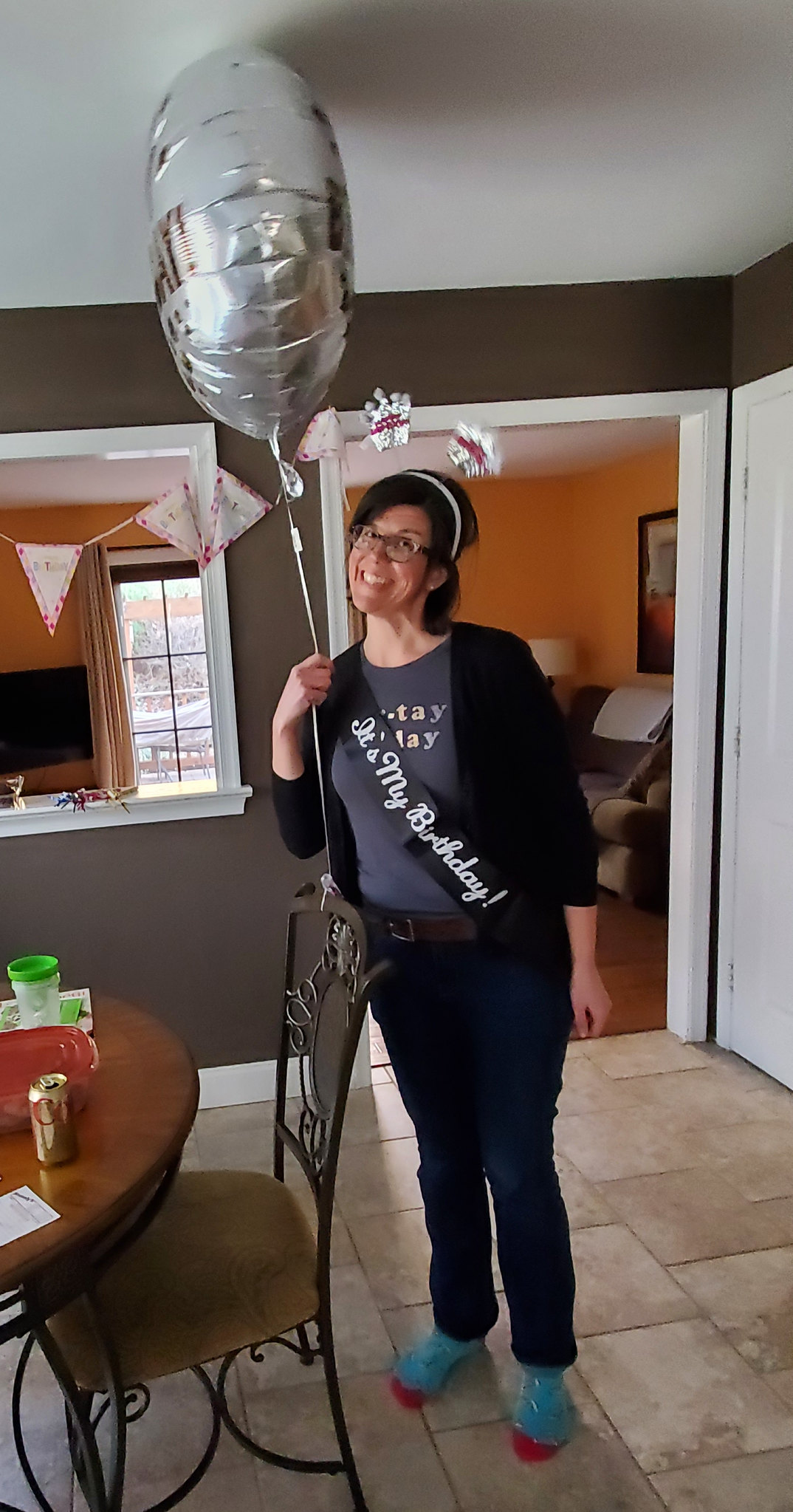 Dr. J hasn’t set the lofty goals I did for my 40th year. But that doesn’t mean she isn’t down for adventure! In fact we had a great couple of days celebrating the start of her 5th decade! And it being Dr. Jen it involved pizza, ice cream, and Polish food. Thank God for fine people like her.

We actually started her birthday celebrations on Thursday with Quizzo! We love trivia nights but haven’t gone to any since the pre-Covid era. Our friend Rachel from our Stoic Group hosts about an hour from us so we decided to risk it and visit. On our way we picked up Jen’s friend Scott and some of the best cookies ever! These things were amazing, thick, chewy, and oh so filling.

How did we do at trivia? Well I hate to say we’re awesome but a few teams bowed out early and we think we might have been the cause. That $25 gift card helped pay for our dinner. 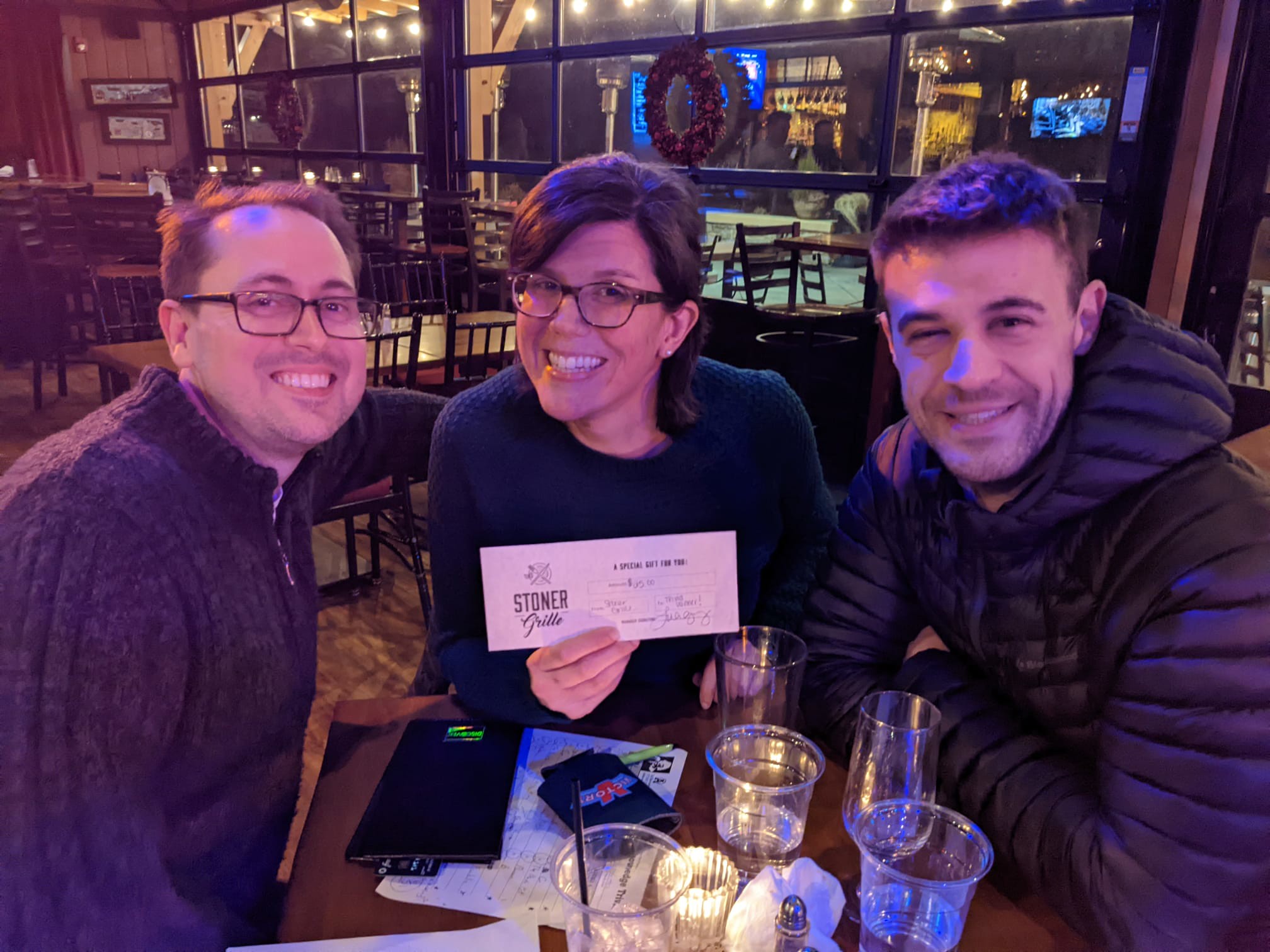 Birthday Friday was also Pizza Friday! It was a day of ice cream, tea, pizza, and an escape room. Sadly no birthday naps, but it is what it is. Our first stop was “breakfast” at Handel’s Ice Cream where we split a sampler. Geniuses that we are, we used the previous night’s cookies instead of spoons, and made mini-sandwiches! Our escape room was Sherlock Holmes themed and was both fun and challenging. We finished with just under 2 minutes to spare proving once again we are geniuses! Together Dr. Jen and I have a 100% success rate with escape rooms. Separated not so much…

What do good British detectives do after they’ve cracked a case? Have high tea of course! We went to A Taste of Britain for tiny sandwiches, scones, desserts, and tea. It worked perfectly, I don’t like egg salad nor the cheese sandwich. I do however like chicken salad and turkey sandwiches. Jen got her vegetarian nonsense and I got my tasty sandwiches.

That night we got pizza from a weird pop-up event. A new restaurant opened so they were selling pizza from another company…? I don’t get it but the pizza was good. But was really small considering it cost me 18 clams! 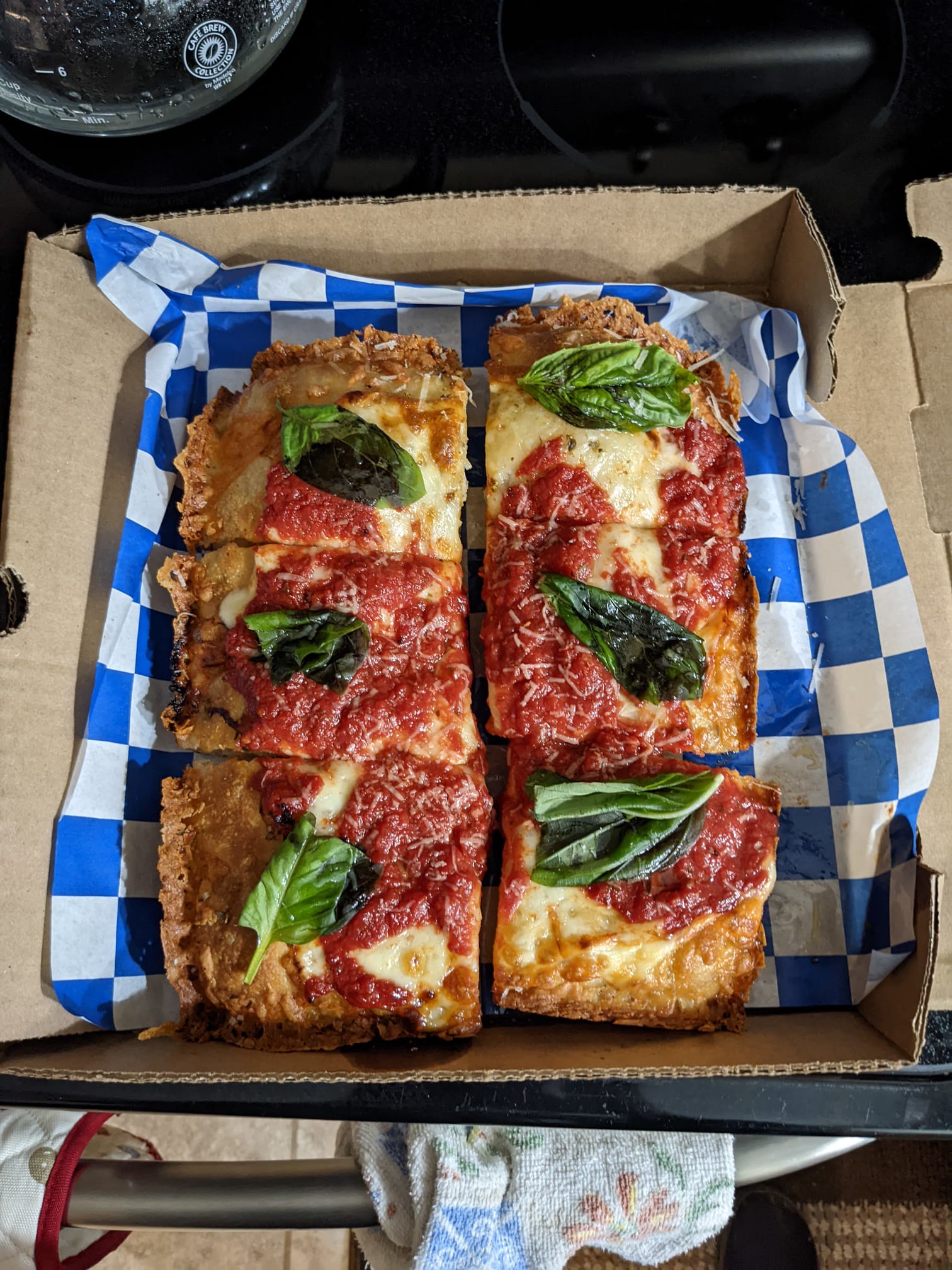 The next day we took the 2.5 hour trek north to celebrate with Jen’s family. They’re really close and like to celebrate each other. It’s kind of weird. Her grandmother turned 93 on the Tuesday before! She’s lived through 2 world wars, a pandemic, multiple economic crashes, and the invention of Diet Coke. They each had their own cake, Dr. J’s being an ice cream cake, of course. For being 93, her grandmother is super sharp. And for being about 100lbs wet, she housed a piece of the traditional cake and two pieces of the enormously thick ice cream cake. Damn straight that woman isn’t slowing down. 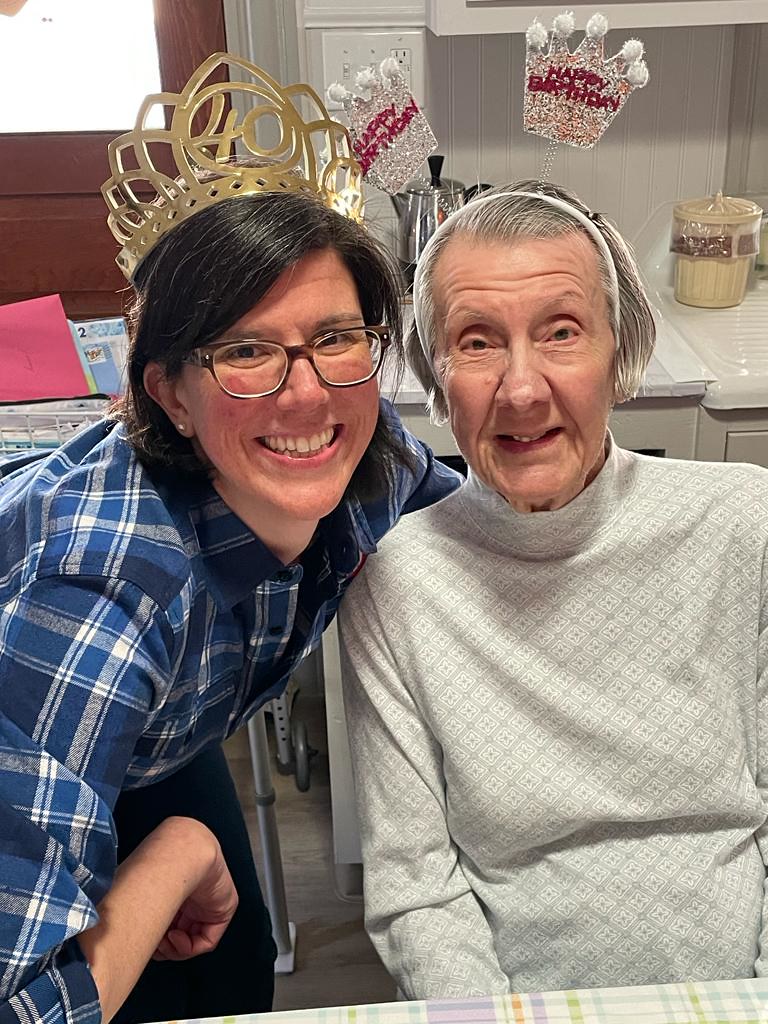 Just as I had my big 40th birthday party, we were planning a giant ice cream birthday party for her 40th! Sadly we’re still being pretty cautious with this whole Covid thing. We’re looking to reschedule for the summer when we can also have the pool open. I really wanted to give her something special so I reached out to some of my friends to make videos. Here we go:

While driving around the country, Dr. Jen and I love to listen to oldies on SiriusXM (feel free to pay me for the shout out), especially the 60s station when Peter Noone is on. He’s the lead singer of Herman’s Hermits and does the “I’m Henry the 8th, I am” and “Mrs. Brown you’ve got a lovely daughter” songs. Well he wanted to wish Jen a happy 40th!

Most of our popular culture comes from the late 80s and early 90s watching too many sitcoms. Cheesy, innocent sitcoms are our bread and butter. We still watch whatever we can find and are currently binging Night Court on Amazon (totally holds up). A show we can’t find anywhere that we both loved is Just the Ten of Us. Even though it was a spinoff, I thought it was much better than the popular Growing Pains. Anyway here is Coach Graham T. Lubbock.

As we grew into angsty teens, we had to add cooler, edgier stuff. I’m not sure if 90s sketch comedy can be called edgy but it was a welcome change to our watching habits. Who doesn’t love a little Kids in the Hall?

The State was also a great sketch comedy show from that era. Many of the stars of that show would go on to create Wet Hot American Summer and Reno 911. Below is Michael Ian Black who co-wrote Run Fatboy Run with Simon Pegg. Black is a comedic God. I said what I said.

Back on the sitcom train, who could forget the wonderful Step by Step? A staple on ABC’s TGIF lineup from 1991 – 1998, this was a series given to Patrick Duffy as part of his contract for Dallas. He was promised another show after Dallas ended and boy did they give him a doozy.

We’re still big on the ol’ situation comedy and not too long ago watched most of Brooklyn-99. While I was a big fan of the show, I do feel it’s gone downhill a bit. I can’t put my finger on the moment it happened but I feel it jumped the shark. Anyway this little guy is awesome because he donates the money he makes on these videos to charity. Rock on, little man!

The month before Covid shut everything down, Jen and I celebrated another of her birthdays (and one of my 40th adventures) in Lake Placid. We went to the Olympics area and did the skeleton sled and biathlon. What else did we do? We followed Doug E. Doug’s example and pretended we were part of the Jamaican bobsled team from Cool Runnings! In fact, our first night in Lake Placid was the first time I’d seen that movie. I think this birthday wish was Jen’s favorite.

I hope you enjoyed Dr. Jen’s 40th birthday highlight. More importantly, I hope she enjoyed the weekend! She’s a great adventurer and wonderful person. Keep on keeping on, Dr. J.