And it continues, more text babble about my stupid antics. Please enjoy and don’t judge me too harshly.

To test our new found orienteering skills, Dr. J and I headed to the American Swedish History Museum for a new exhibit on Viking navigation. Once you take the tour, you are given a small map to an orienteering course set up in the park outside. The museum was small but fun. I got to take a fun dress up picture. 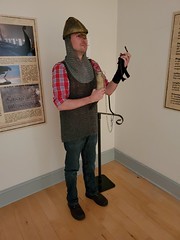 And they gave good advice in the bathroom…. 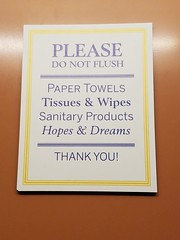 But ultimately this was a rough adventure. First we drove all over the city for parking. A sports event was going on at the stadium nearby and everywhere was charging outrageous prices for parking. The museum has free parking but you have to enter a park that was price gouging to get there. We sweet talked our way through 2 check points to be one of the only cars allowed in the free lot! It was also painfully hot that day. We started walking around the park but found the course was super easy and set up for children. We decided to get inside before we melted and called it quits. Fun of 2, I think the lowest fun score of the year. 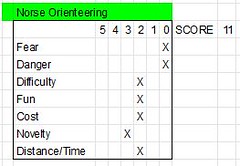 How can this possibly be an adventure? A comedy version of The Hound of the Baskervilles with 3 actors playing all the parts is great, but it doesn’t really feel like an adventure. How about a dinner where you’re seated by a robot? Or if another robot brings you your meal?! Damn straight that’s an adventure.

It’s hard to hear but the little gobot does politely ask us to follow. Slightly easier to hear is my giggling. Unfortunately we haven’t achieved the level of technology where the robots can have sass and take your order with a pencil they keep behind their robo-ears. A human takes your order but another robot actually brings the food!

So how was the food? Terrible. I don’t eat seafood and Dr. J is a vegetarian. The one dish they had she could eat was garlic noodles. I love garlic but somehow the noodles were both too garlicy and too bland at the same time. Weird. I had chicken tenders and fries which had that freezer burn taste to them. Would I go back? Duh, robots!

My mom liked her shrimp and loved the play. As this was mostly for her birthday, I’d say everything was a success. 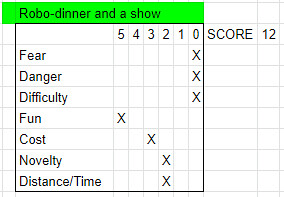 We figured we should start off the Halloween season proper with a corn maze and visit to a farm. It’s not a very original adventure but it was a pretty great way to spend a day. Of course we solved the maze! 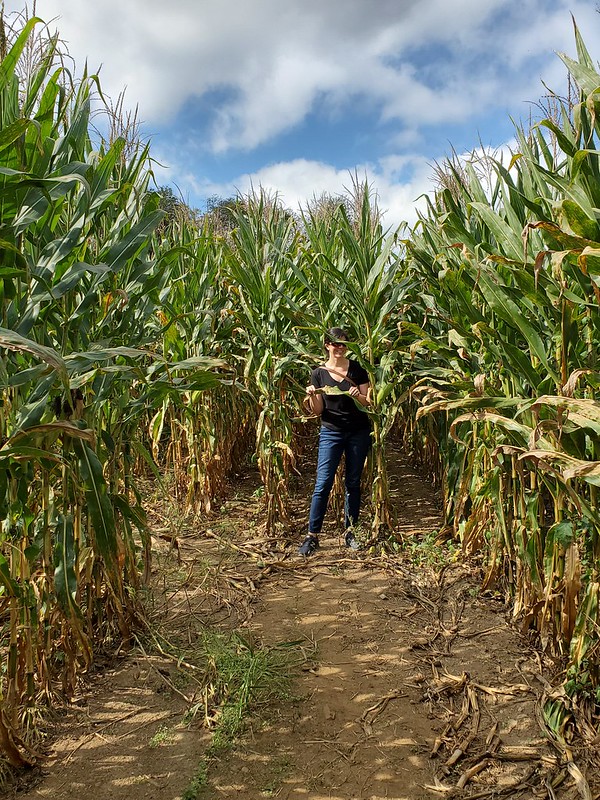 There weren’t many kids around which was great for me! I was able to take over all of the great photo opportunities. 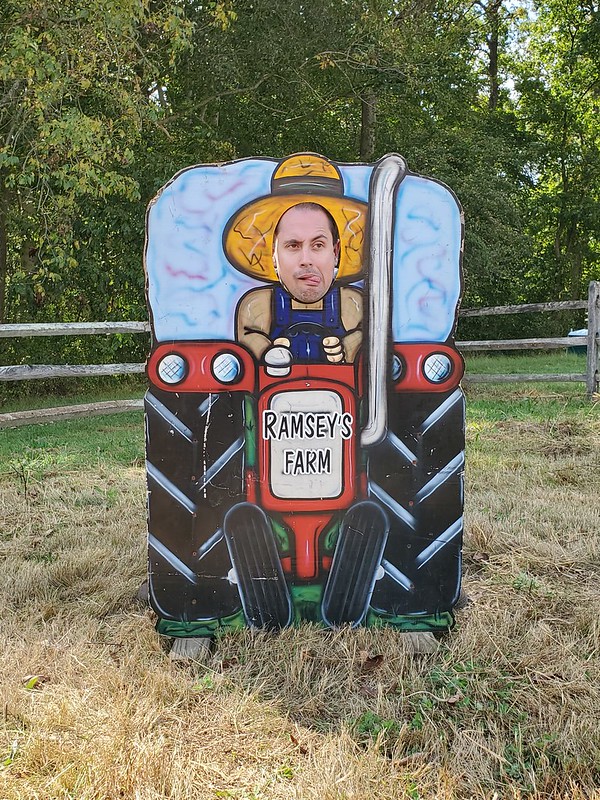 The best part however was heading to a nearby farm/farmers market where they had a lot of fair food. I was able to load up on pierogies and take another of my gross “disinterested in life while stuffing my cake hole” pictures. 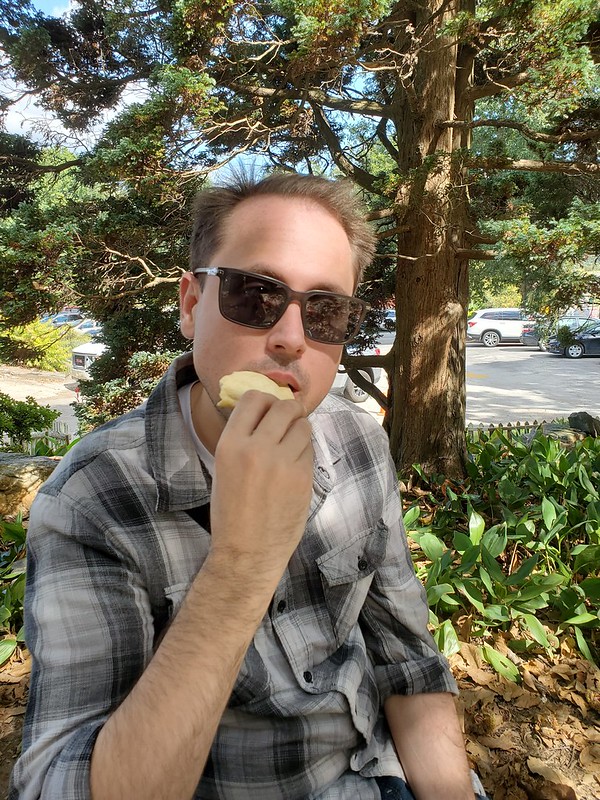 Not the most exciting day but it was fun and counted as a small adventure. 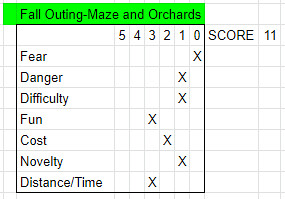 One of my Halloween traditions is to visit at least one (preferable new to me) haunted attraction each year. Being as I was going to be away for a good chunk of the month, I had to hit one early. We checked out Legends of the Fog this year and it was far from a let down. The large corn maze was the best part. There were no lights and the moon was just full enough to help us see. It wasn’t the biggest or best attraction I’ve been to but it certainly was fun. 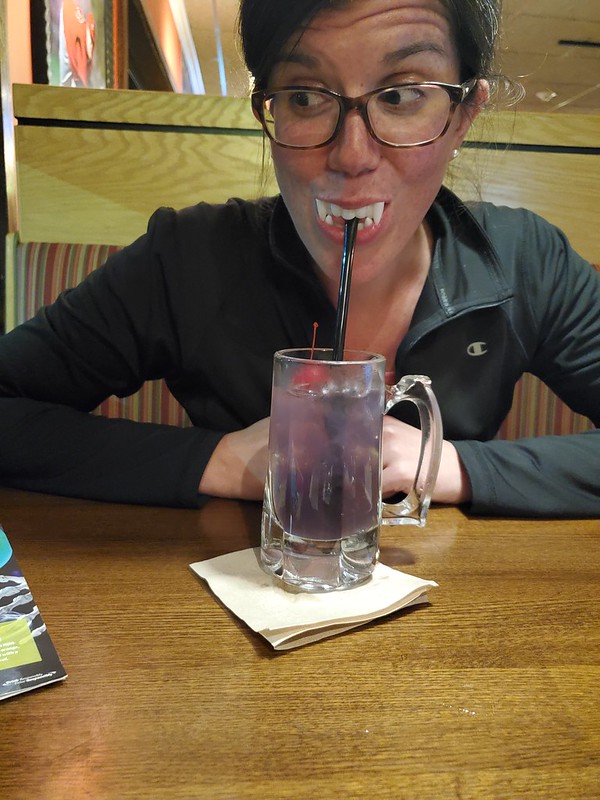 On the way home we stopped to get Applebee’s annual Halloween drink. Last year was a zombie with gummy brains in it. This year was something Dracula related and came with fangs. The place was packed with well dressed teens, so I’m pretty sure it was a Homecoming or formal at a local high school. I classed the place up by pretending to be Count Mozzaracula. I smeared marinara blood on my chin and sucked the cheese out of the stick. Add one more gross “disinterested in life while stuffing my cake hole” picture. 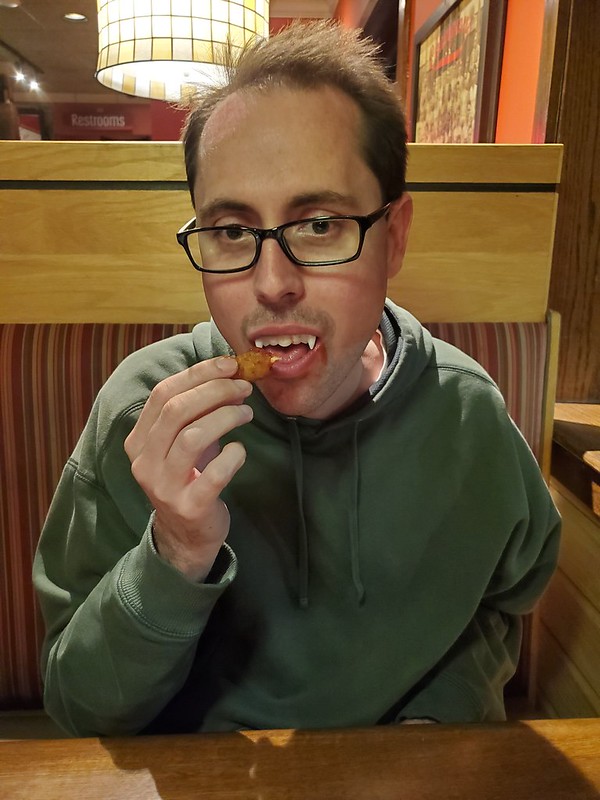 And the score is: 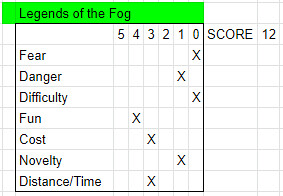 This sounded so cool but was a total flop. It was billed as an “Immersive Experience and Pop Up Bar.” The actors were fun and the potential was there but it fell flat. The “plot” was indecipherable for everyone. We think there was a mystery to solve but not positive.  The point is to walk around and engage with the actors, look at the scenery, and get creeped out. Mostly it was just confusing. 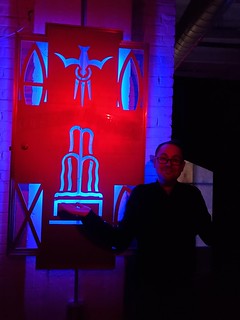 Since it was a pop-up bar we figured at the very least we would hang out and have a few drinks. Strangely everyone during my time-slot was rushed out. Apparently fire code only allowed for one group at a time in the place. They told us to hang out and relax and then immediately told us to leave. People laughed thinking it was a joke but then we were briskly sent to the door. 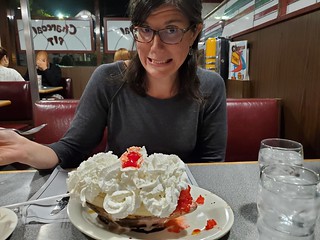 We turned the night around and had giant sundaes on the way home. That sundae was 100% better than Dark Passages. 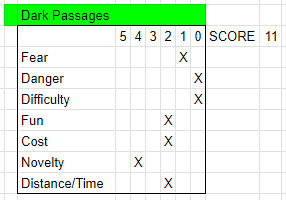