Arg! I’m way behind and I have no excuse since I’m stuck in my house.

My tenth big adventure fell right into place with the birthday of my cohort, co-pilot, and co-ice cream eater, Dr. Jen. Because she’s just as much about Adventure! as I am, she wanted to take a birthday trip and throw herself down a mountain at 30 mph face first. Isn’t she fantastic?! Vacations in the tropics are for wimps. 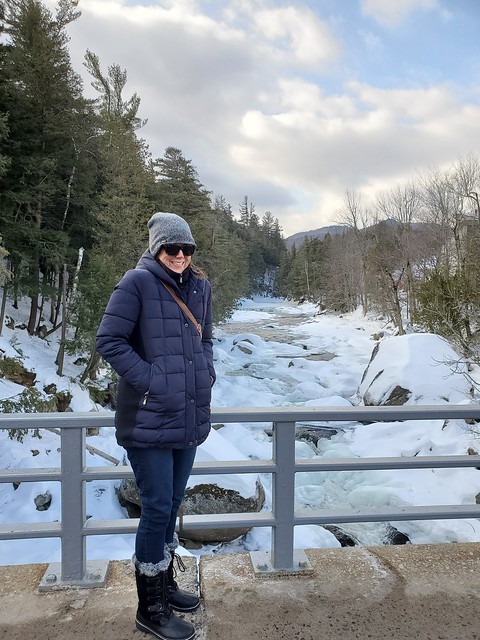 It hasn’t snowed much in Delaware this season, I think we got a dusting or two. As you have read though, this isn’t my first or even second very snowy and cold mountain adventure in the past 6 months. We spent the weekend in Lake Placid, NY, home of the 1980 Winter Olympics. In fact, we went on the 20th anniversary weekend of the Miracle on Ice hockey game. To celebrate they had a hockey tournament and the town was flooded by pre-teen kids…not my favorite…

We were there for 3 fun activities though, the first being bobsledding! 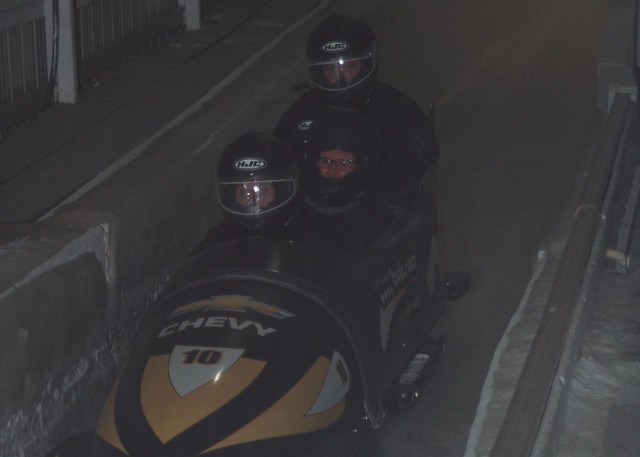 For the run, you get a guy in the back to push you off and a guy in the front to drive and brake so we don’t crash like the bobsled team in Cool Runnings (Note: I watched that movie for the first time the night we did our bobsledding). The trip goes quickly as you’re moving around 50-55 mph but it’s still a lot of fun.

Damn, look how short I look in that photo. I’m a stately 5’8.5, so not Tom Cruise short, but I look tiny in the picture below. 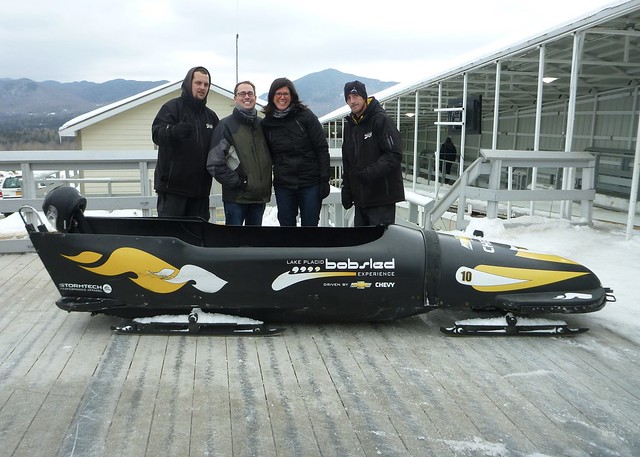 A bit after the bobsledding we got to do the Skeleton experience. That’s where the real action is. Essentially you lay on the sled below with your face inches from the ice. They throw you down the same track as the bobsled only in a different section. You get up to about 30 mph but it feels much faster. 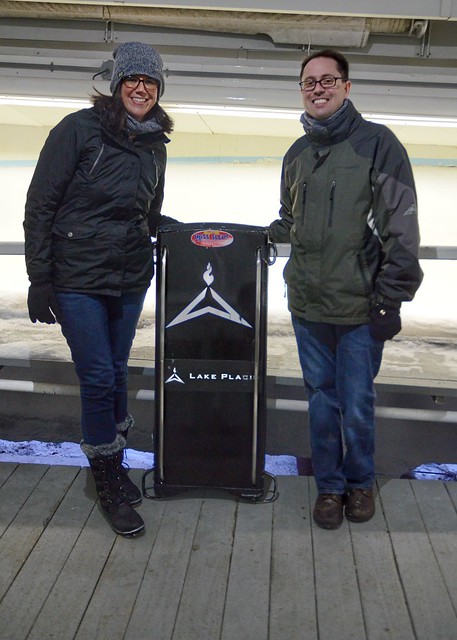 Jen’s scream is the best.

Of course in the waiting room they had a shrine to the Jamaican bobsled team. I didn’t see a picture of Doug E. Doug but I could feel his spirit in the sled with us. Feel the rhythm, feel the rhyme, get on up, because it’s bobsled time! 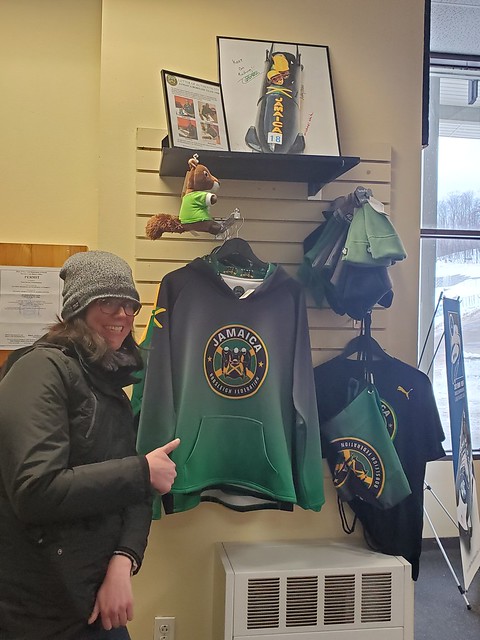 What would Jen’s birthday or a shared adventure be without ice cream? This lady is a maniac and got one of the biggest sundaes ever! We washed it down with a piece of spumoni cake. What’s that? Ice cream cake made with three layers of ice cream; chocolate, strawberry, and pistachio. Each was separated with cookie crumbs and love. 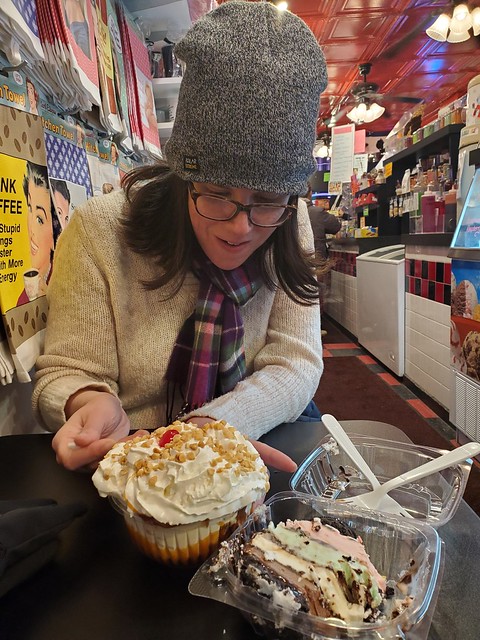 Jen’s mega sundae had large chunks of monkey bread at the base. She thought it was both disgusting and delightful to watch me fill my gob and try to chew. So here’s a video to see if you agree. Don’t watch it if you have a queasy stomach.

On the last day we did the biathlon! It’s that crazy sport where you cross country ski up to things and shoot them! I loved it, Jen hates cross country skiing. I was unaware but internationally this is the second most watched sport. Apparently Europeans go crazy for this.

We both did well. The target was 500 yards away and the size of a grape fruit. Using the resting blocks, we both had perfect aim. I tried without the block which is super difficult and only hit 1 out of 5. Still had they been Russians and I was 80s Patrick Swayze in Red Dawn, the targets would have still been dead. Isn’t that really all that matters? 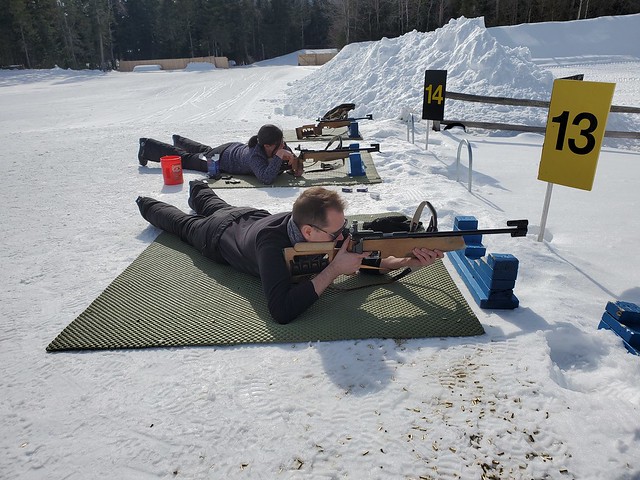 Even though we were tired from skiing and had a long 6-7 hour drive, we still stopped for pennies. Because of course I had to stop for pennies. The Phoenicia Diner is in the middle of nowhere and we had issues finding our way back to the highway. There was zero cell reception and we couldn’t get a GPS signal. Still worth it. 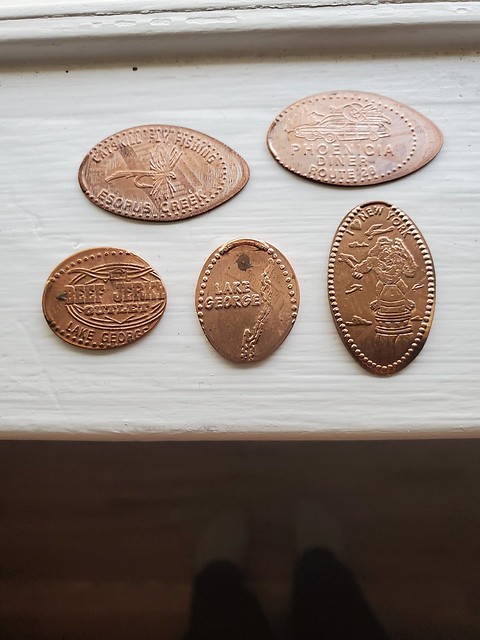 So does this truly count as a big adventure? The numbers don’t lie. Going head first on a sled at 30 mph without the ability to stop could give anyone pause. The skiing was a bit difficult and the shooting certainly so. It wasn’t cheap and all of the activities together added up to a pretty unique trip. There you go. Two more big adventures left to talk about! 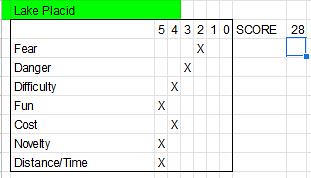