These posts have been very picture heavy which is probably for the best. Who doesn’t prefer to see me sit in a vibrating, passion-measuring chair to my run-on sentences blabbing about CB radio chatter? I do feel like my blog got away from me visiting weird places and educating the world on what I’ve found and to just documenting my trips to them instead. After my official “40 adventures” are over, I’ll see what I can do about getting back to the heart of why this blog was created. For now though, more pictures of me doing stupid things with Dr. Jen.

The sun had finally come out over Long Beach just in time for us to leave. It made for a nice day of driving and seeing sites from the many movies filmed in and around Astoria! And by many movies, I mean The Goonies and Kindergarten Cop. What they lack in multitudes of movies they make up in quality. In fact the jail from the break out scene in Goonies is now a film museum with a replica of the criminal car out front…Chunk’s bullet holes included. 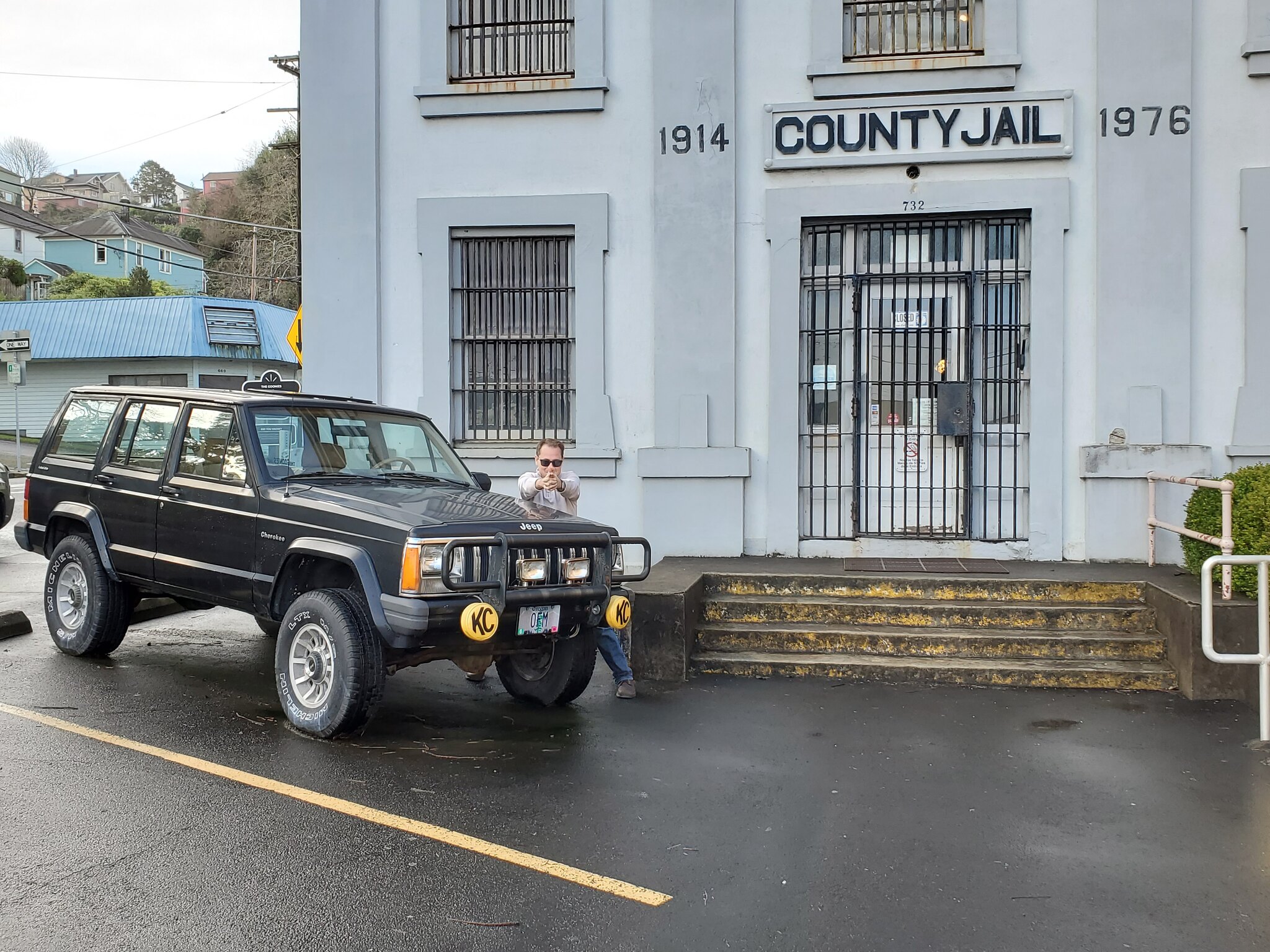 Just around the corner was the school where Arnold Schwarzenegger taught us to love again. 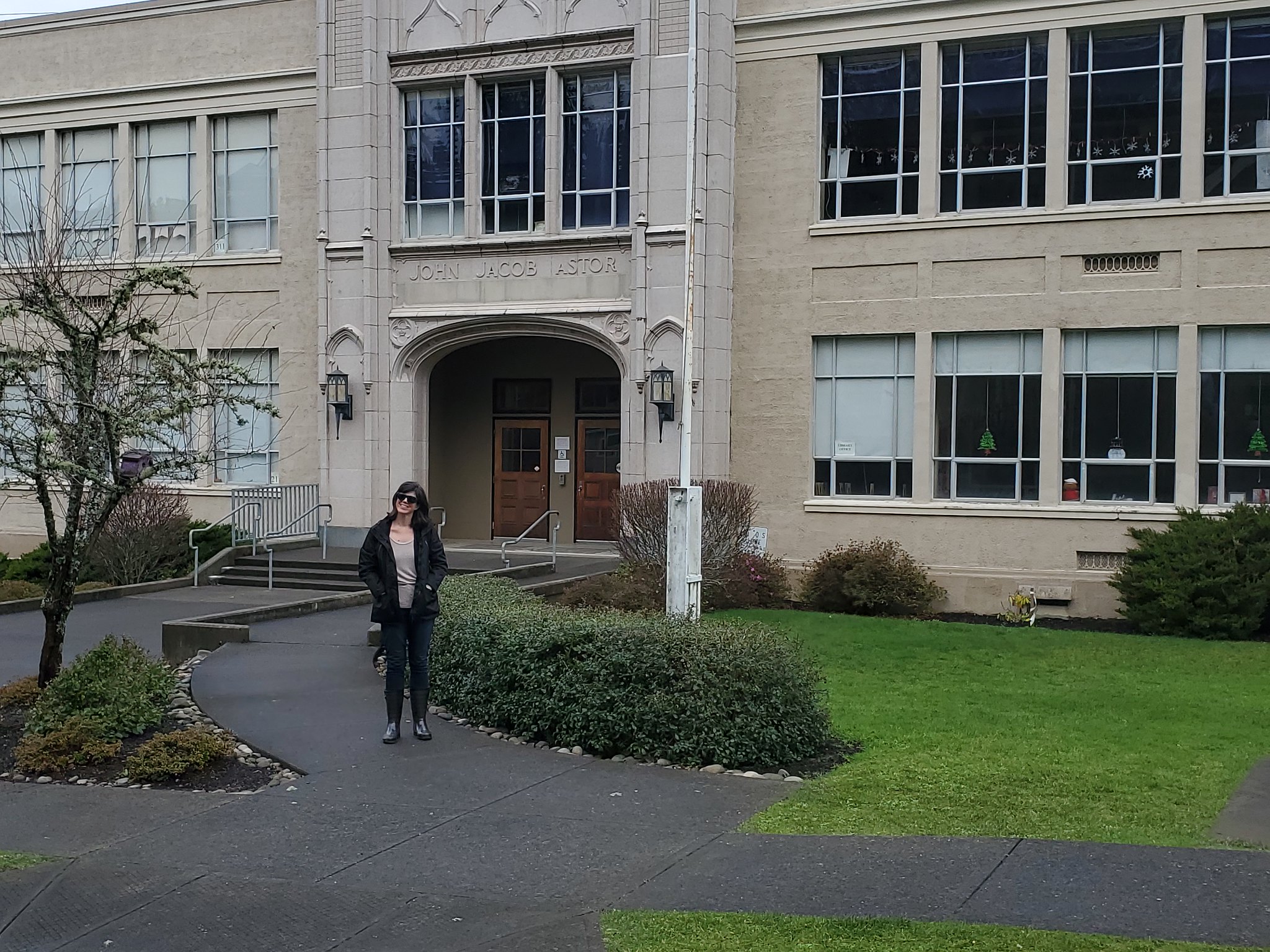 Heading south and back to the ocean, we hit another important Goonies stop. I went looking for adventure and treasure but found neither. I did get a picture similar to everyone else on that beach though. 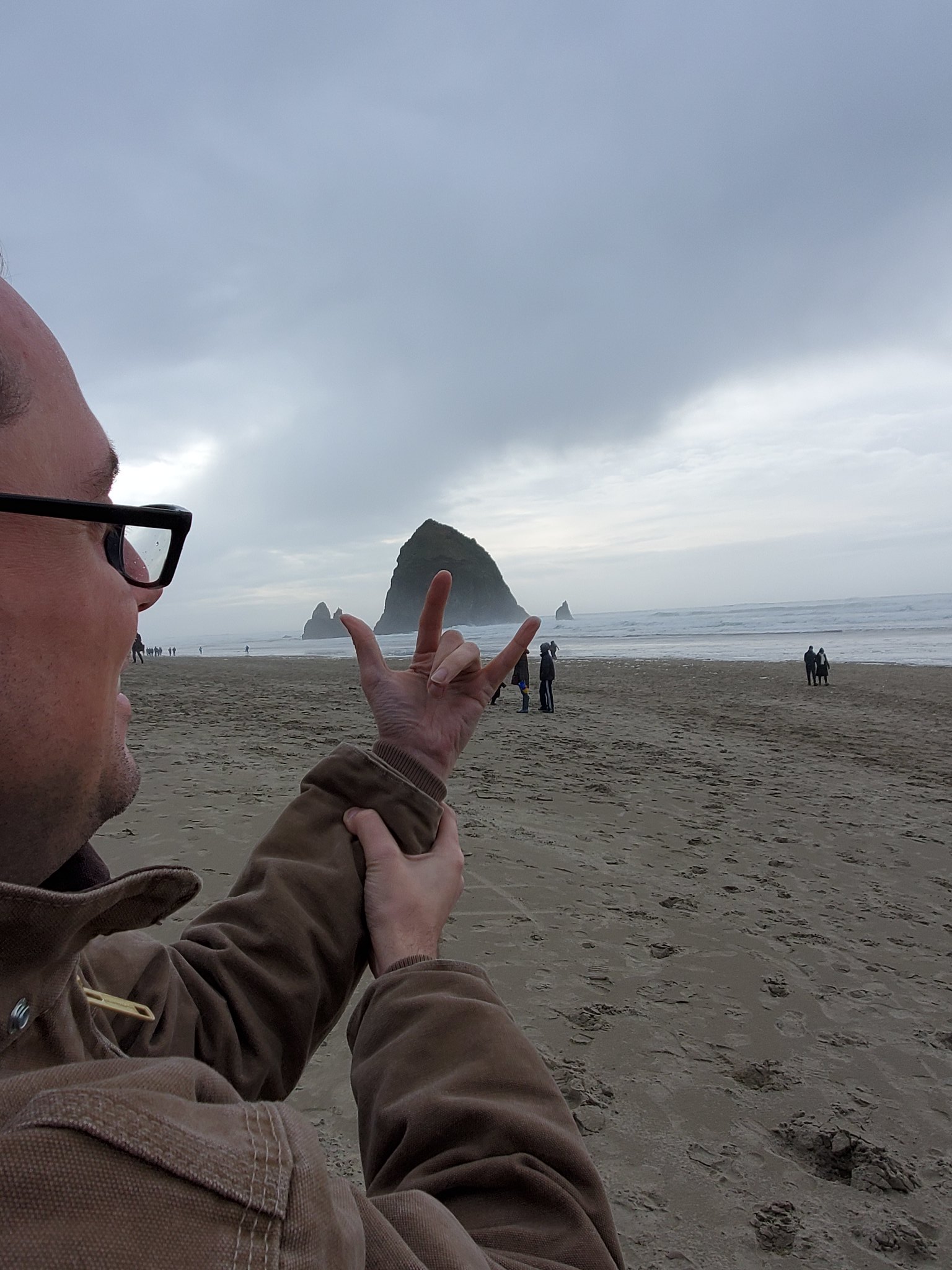 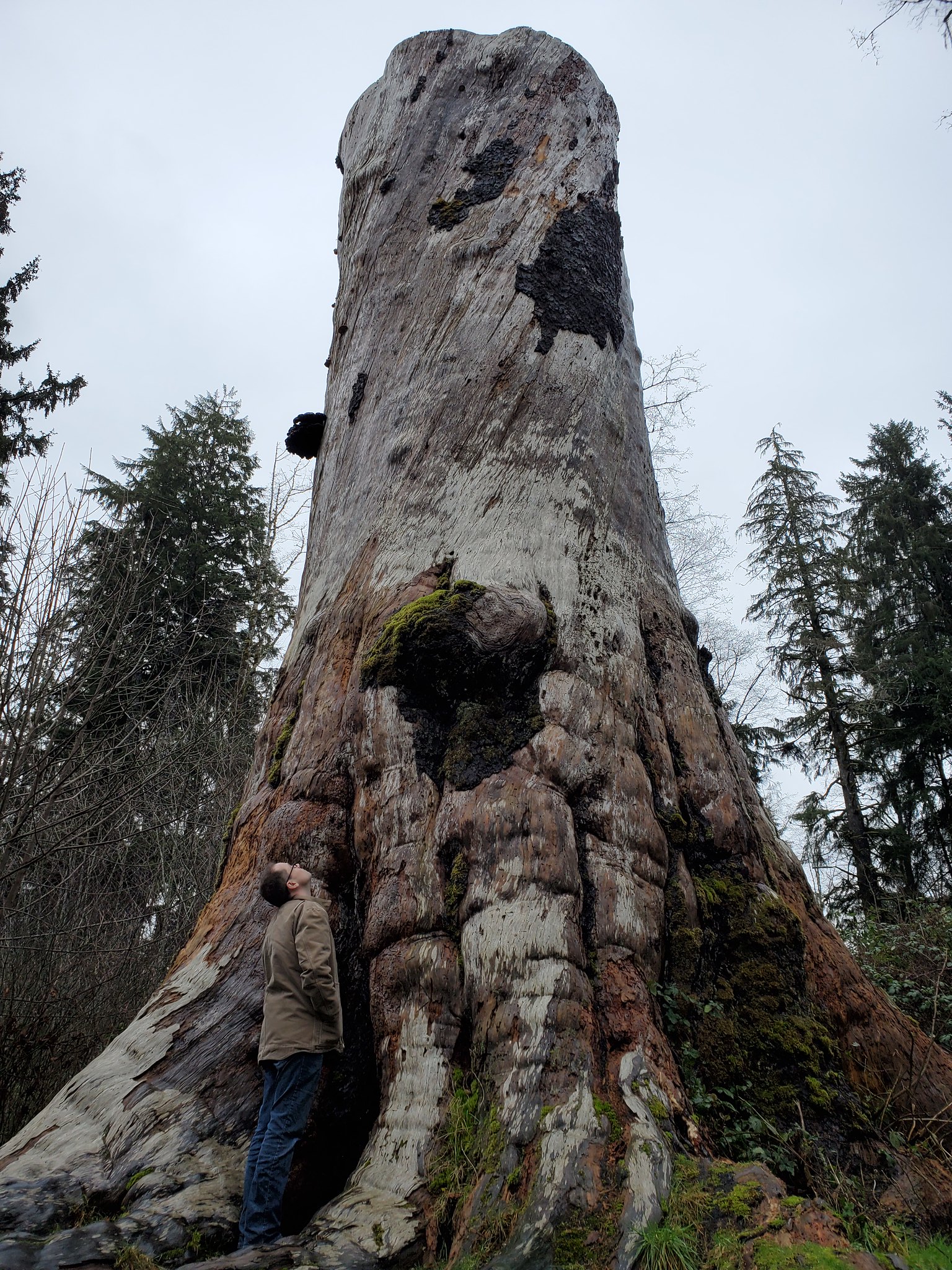 The second item was the 72 foot “World’s Tallest Barber Pole!” It took us a few drives around the block to find it. It’s located just outside a high school football field far away from any and all barber shops. I’m not sure the significance of it but there is a sign saying it’s dedicated to the City of Forest Grove, “Ballad Town USA.” 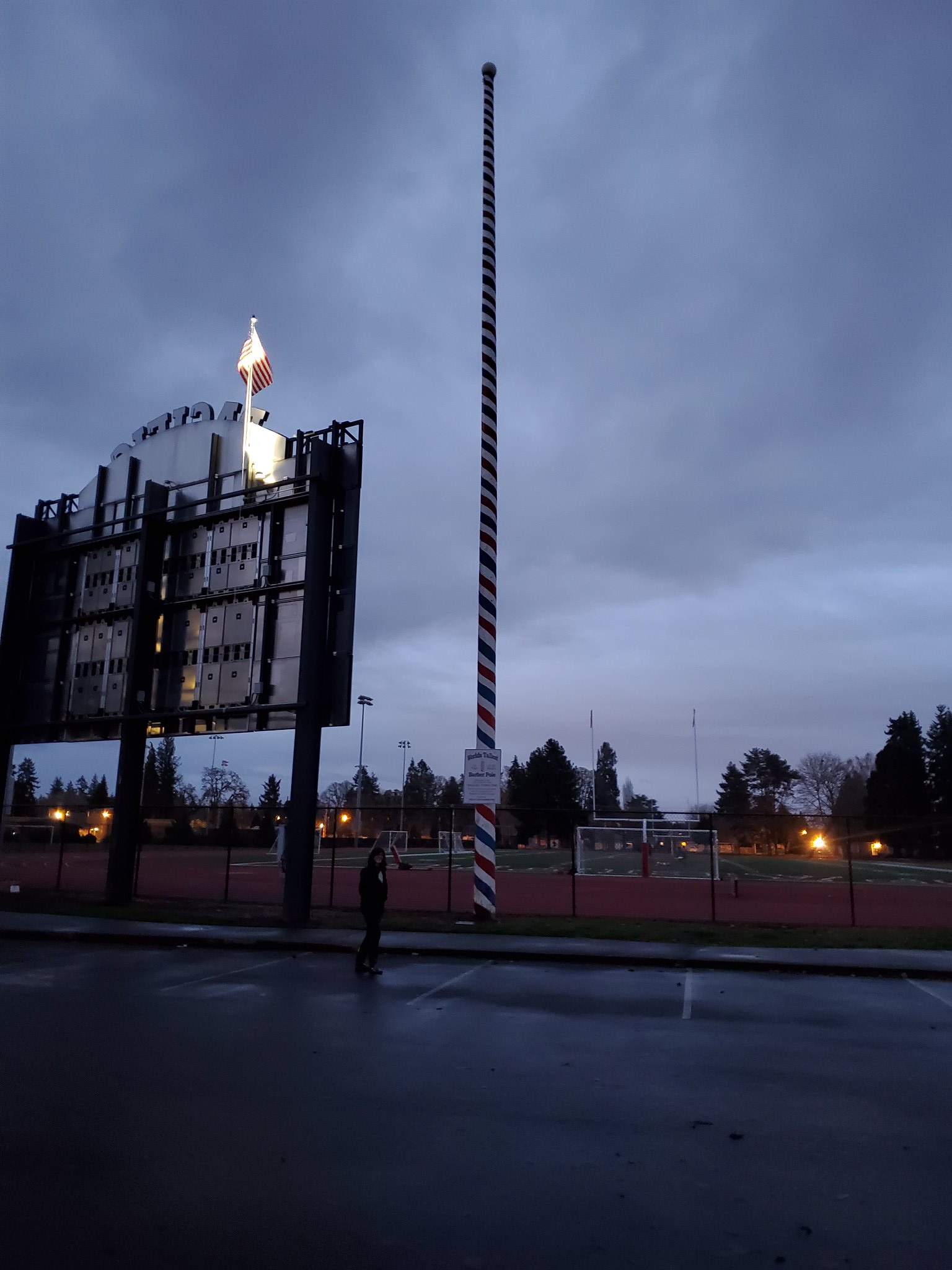 Possibly the weirdest part of the trip (and there was plenty of weird to be had) was our first experience with an AirBnB. We stayed on a farm with very lovely people. It was as clean as a working farm can be and we have no complaints. But it was weird. They have a chemical free hot tub that we didn’t use. Okay, probably healthier than chlorine? They had a sauna and floatation tank. Well a bit new age but not fully out there. They do spiritual healings and past life regressions for an extra fee? That’s pretty weird. The regressions are $190 and take at least 3 hours, so I’m going to let my past lives regress their own-damn-selves until they get jobs and pony up $190.

Even the animals were a little strange. Frank, pictured below, will follow you anywhere. He loves being held and rubbed. He’s more like a dog than a typical stand offish cat. And the best part, he is one of the drooliest animals ever. That cat has a leaky faucet in its mouth. 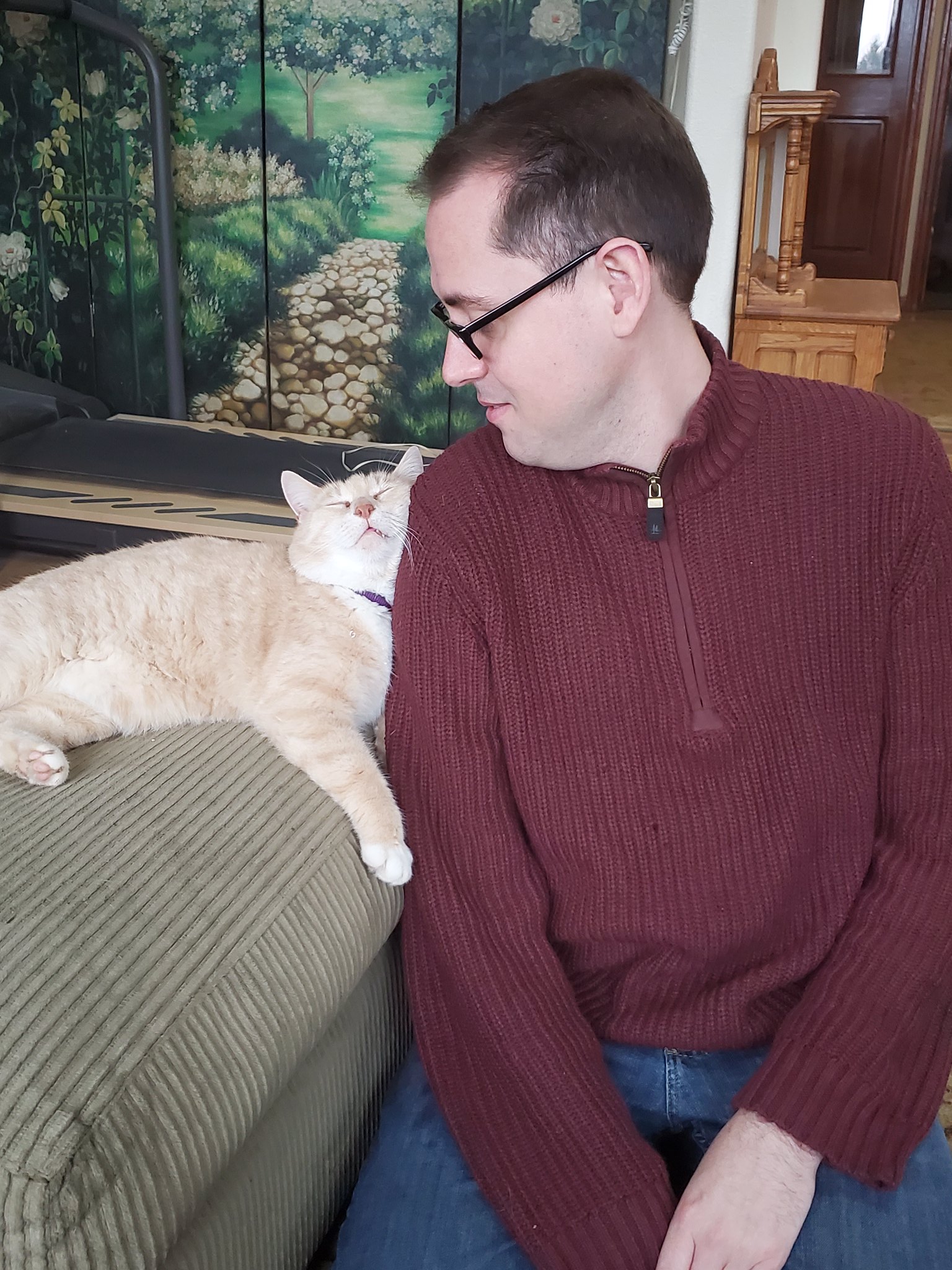 Stay alert, my next post brings corn dog failures, Jen finally finding shoes to fit her big feet, and the Facebook photo that has caused the most hub bub in my office.