We rented this really cute bungalow on Long Beach, Washington a few blocks from the beach. Our goal was to see a few sights, get a few pennies, relax on the beach, and watch the fireworks scheduled to be set off over the water at midnight. Instead it rained. Actually it poured. The fireworks were canceled but damned if we didn’t have a good time anyway! Take that weather!

We had several set backs on this journey. As I mentioned in the last post, our plans to get to Canada were foiled. The fireworks for New Year’s Eve were canceled. And the National Kite Museum that I was really looking forward to changed their hours and was closed. We had confirmed that they would be open by phone a week before. Jerks. I was all set to buy and fly a kite. Oh well, I took my kite money to other establishments! Besides, Long Beach had free sights that appealed to my sort of tastes. I got to see the largest cast iron skillet in America! 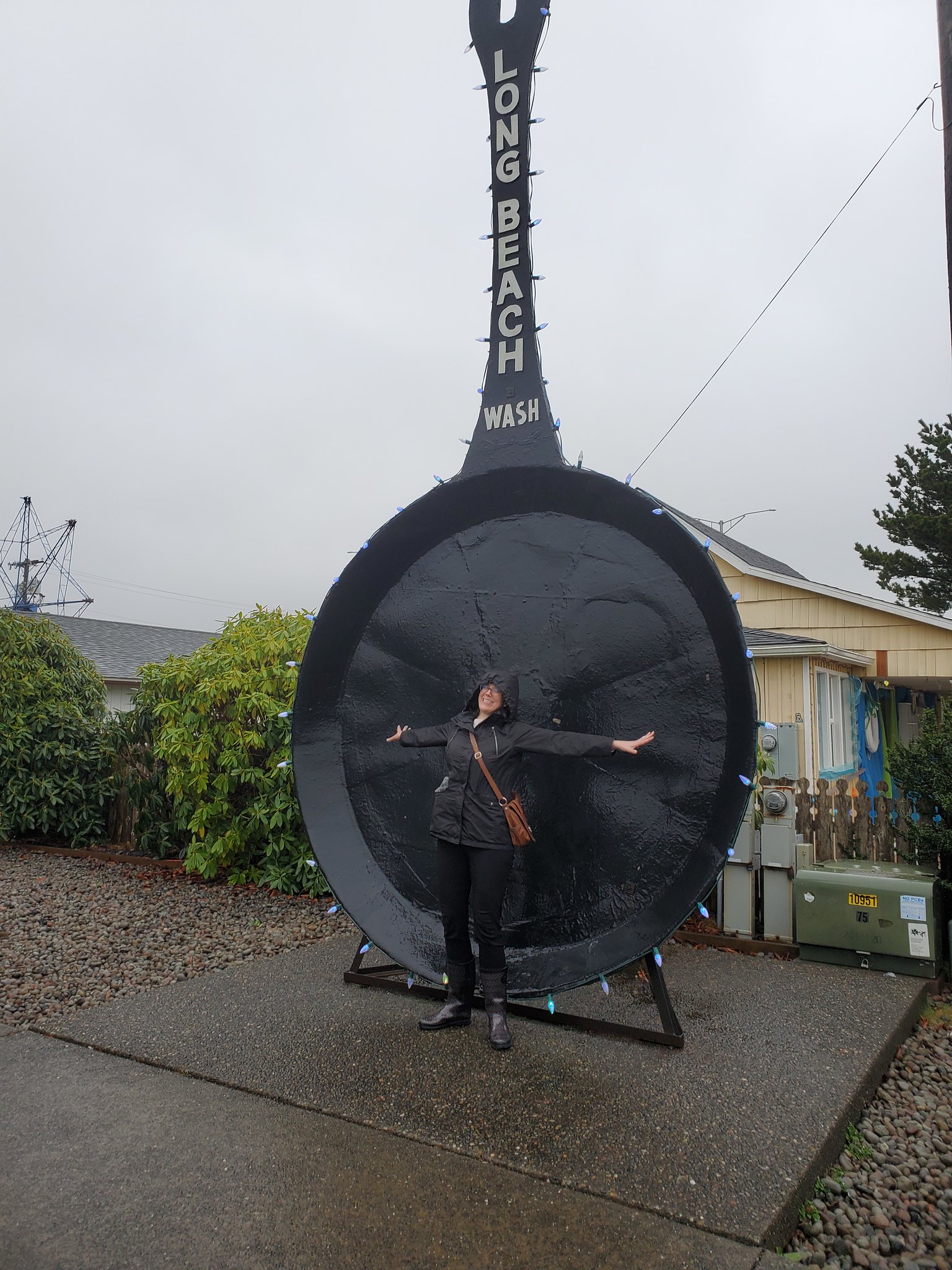 And right next to it was the World’s Largest Spitting Clam. Apparently the statue does frequently spit in the summer but was turned off for the winter. Doesn’t matter, I got wet enough. 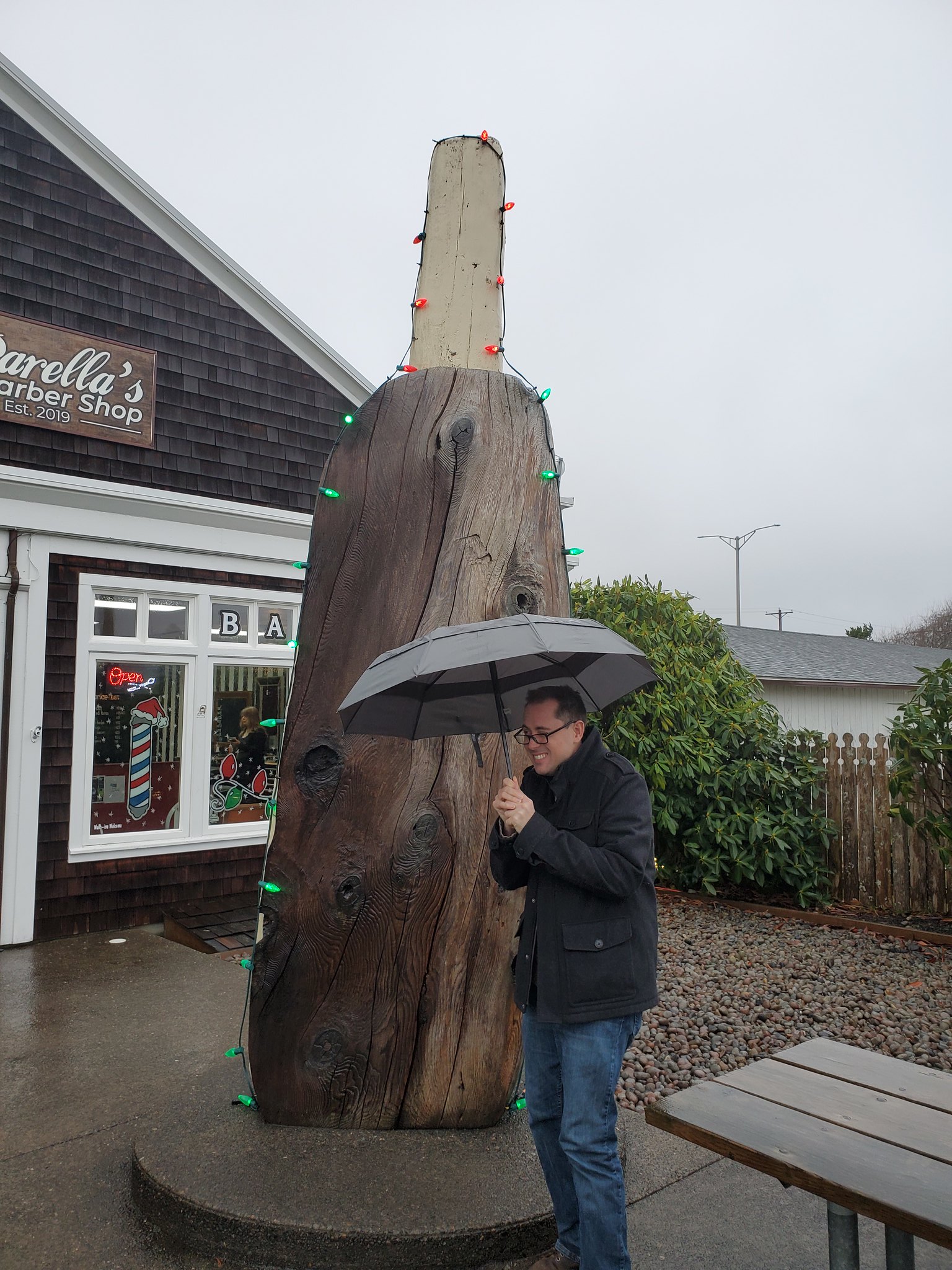 Although gorgeous, the ocean wasn’t my main reason for visiting Long Beach. Marsh’s Free Museum and it’s most famous inhabitant, Jake the Alligator Man, was my main goal. 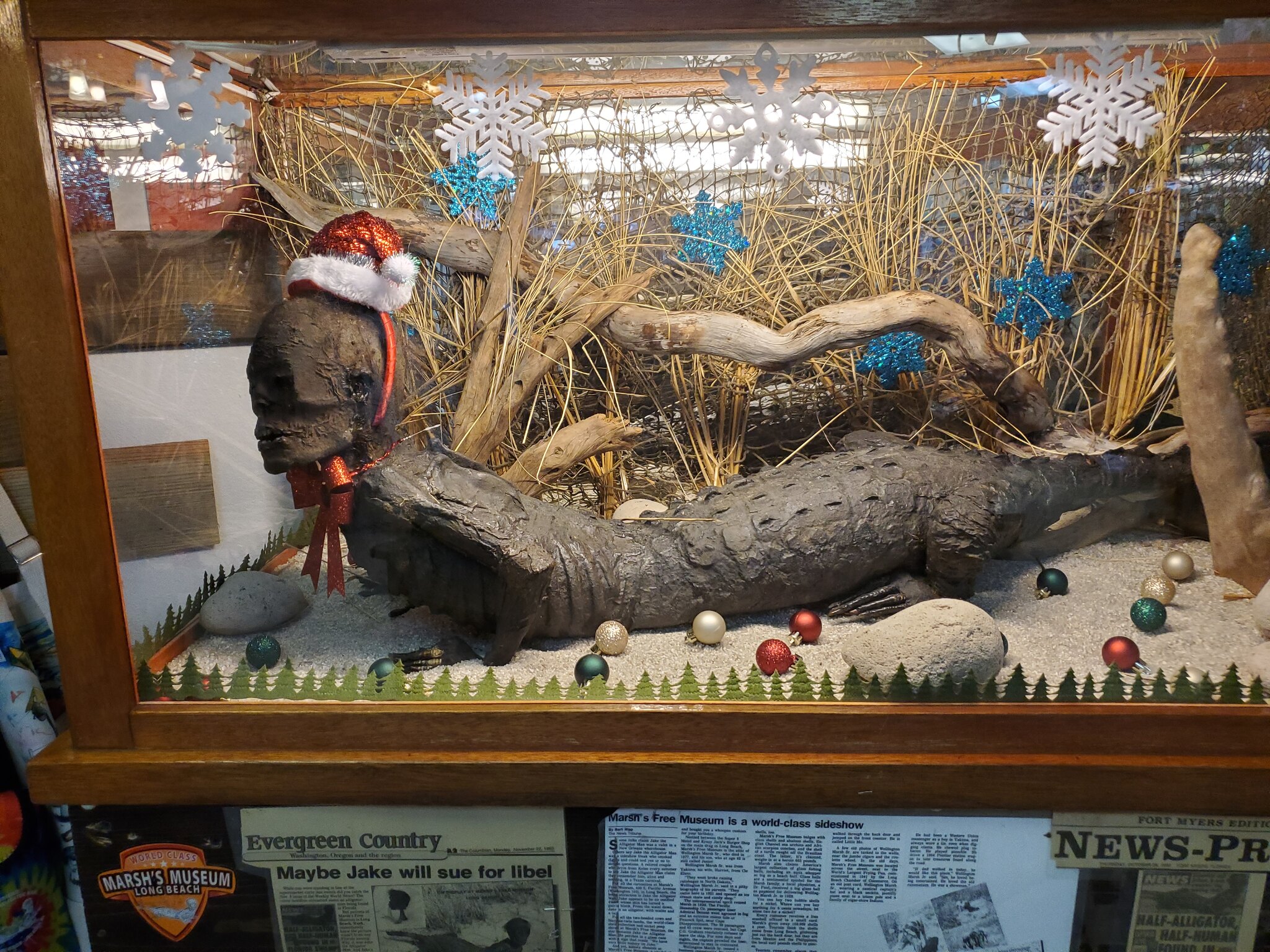 And it did not let me down. This is another of those freak show-gift shop sights where they lure you in with promises of wonders beyond nature and t-shirts with dirty slogans on it. Also it had pennies and loads of $.25 machines. We tried a few but one I think was terribly broken. Observe with sound please:

Looks fine, right? This is why I think it was broken. Also notice at 8 seconds in I’m surprised at the fact it vibrates….

As my mama always says, “That s’mol’ bullshit.” I forgive this place because their Bigfoot is so friendly. 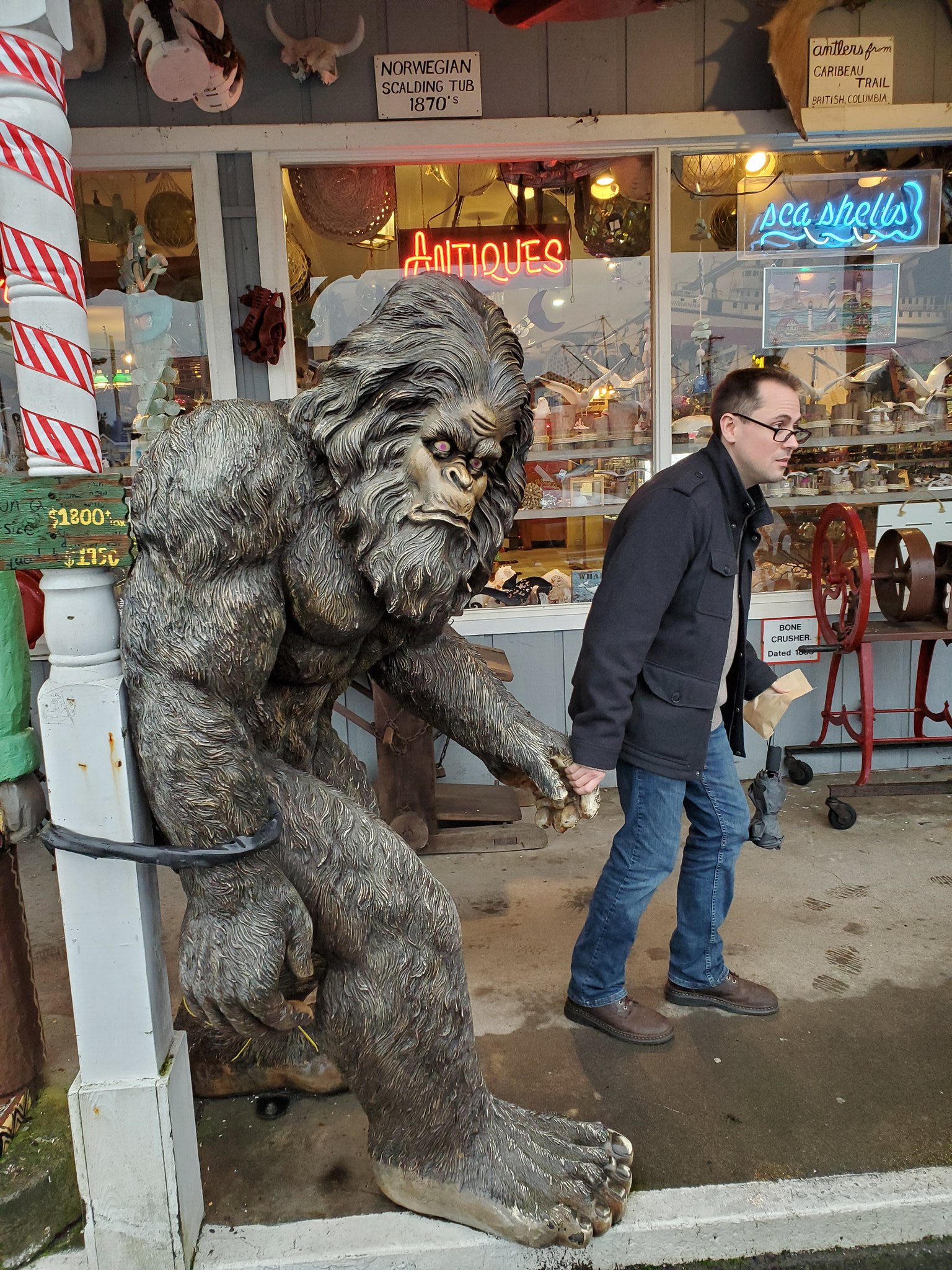 He was especially fond of Jen. 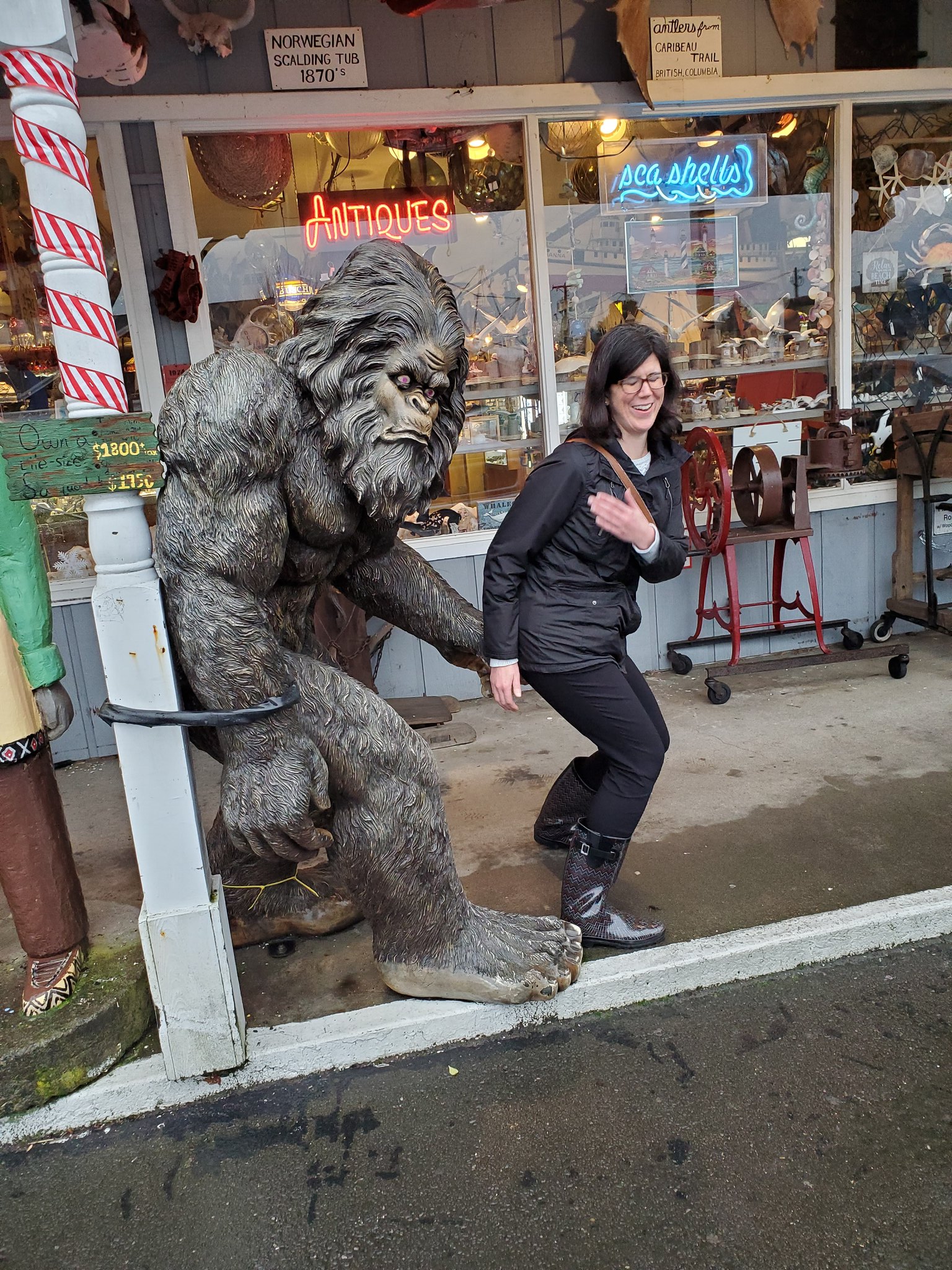 With so much of the day left we were unsure what to do when it started to pour. We figured we’d head over to Astoria, OR and see a movie since it was so close. We also went to a tasting room with unique wines that advertises being open every day of the year. It was closed. Instead we stumbled upon the Columbia Rover Maritime Museum which was really cool. Jen and I even got to pretend we were weather people. 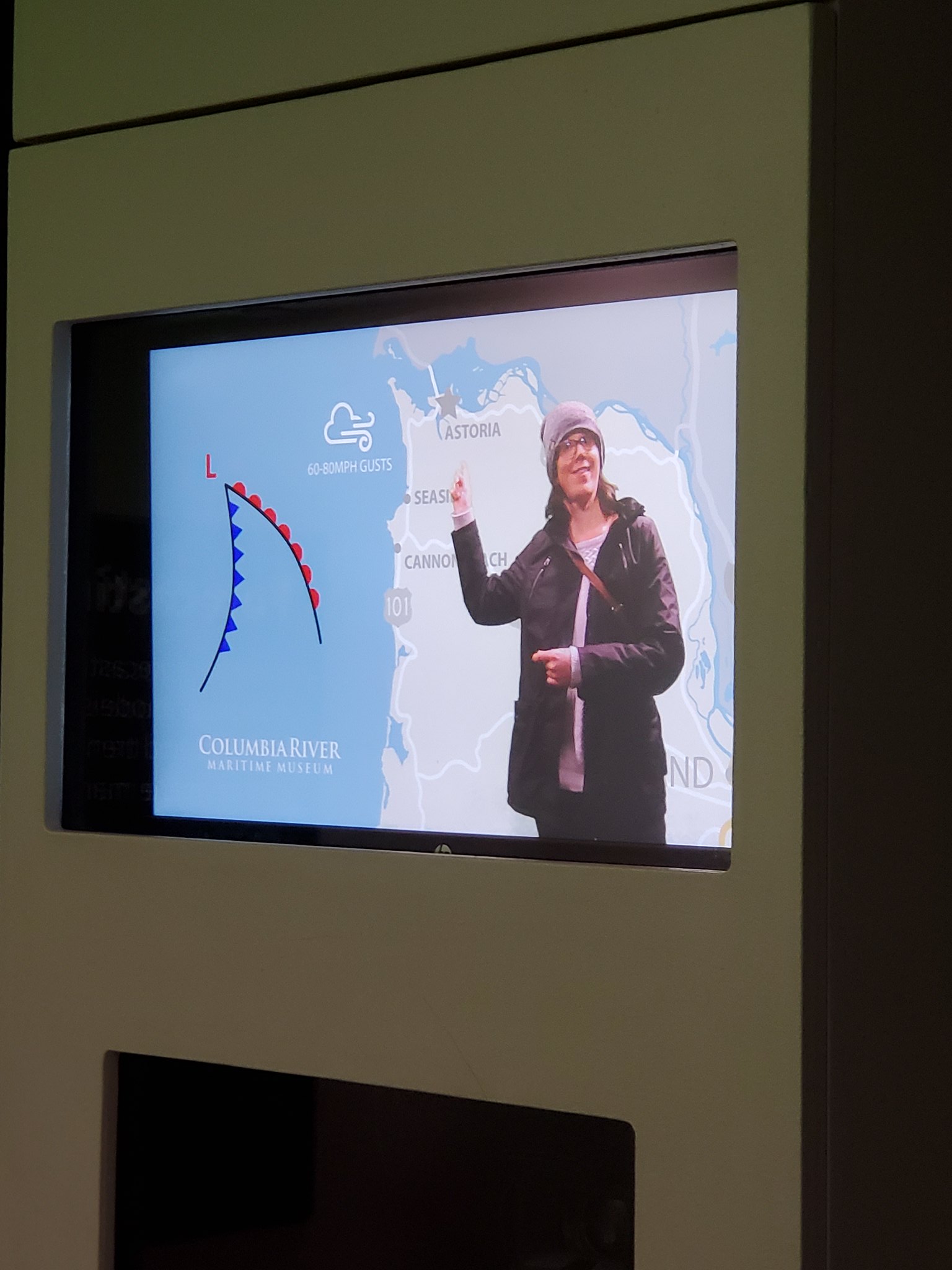 She was on air while I was on site. You might recognize that hat as a purchase on another rainy day. Then again you might not have been reading my blog and not recognize it. 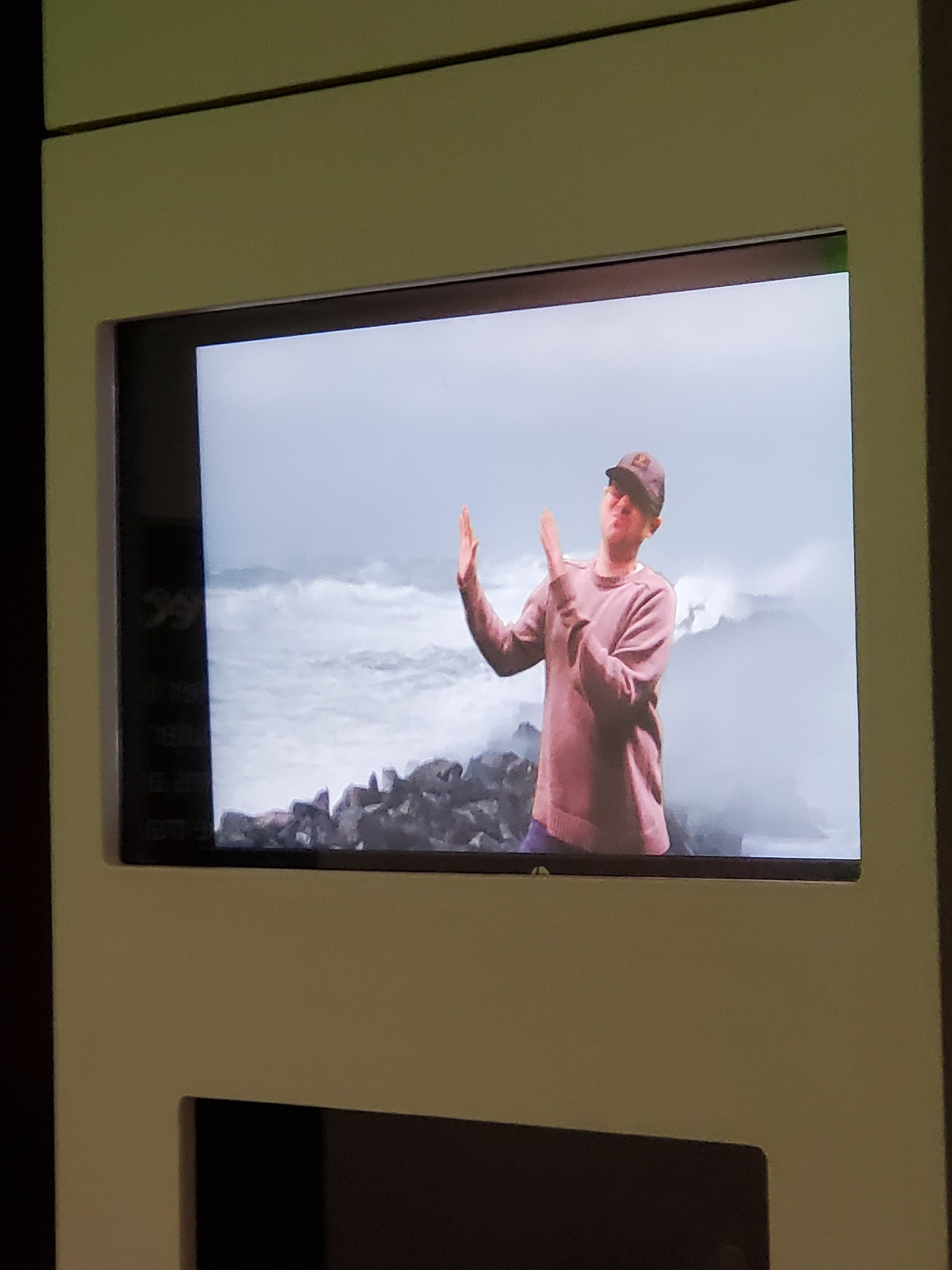 To prove that wasn’t just on a TV (it was just on a TV) here is Jen and I at the edge of the continent! 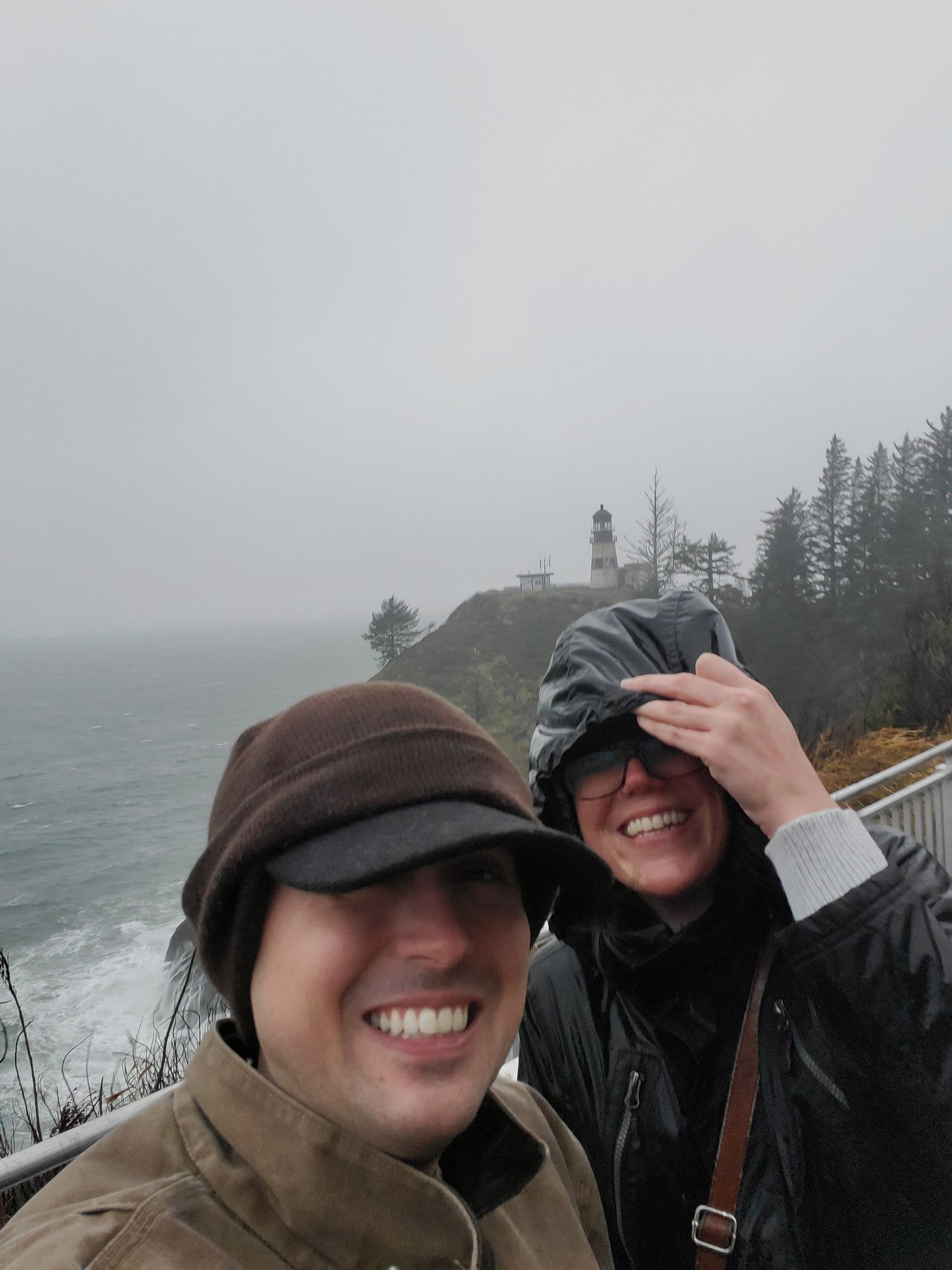 And proof we live our lives on the edge: 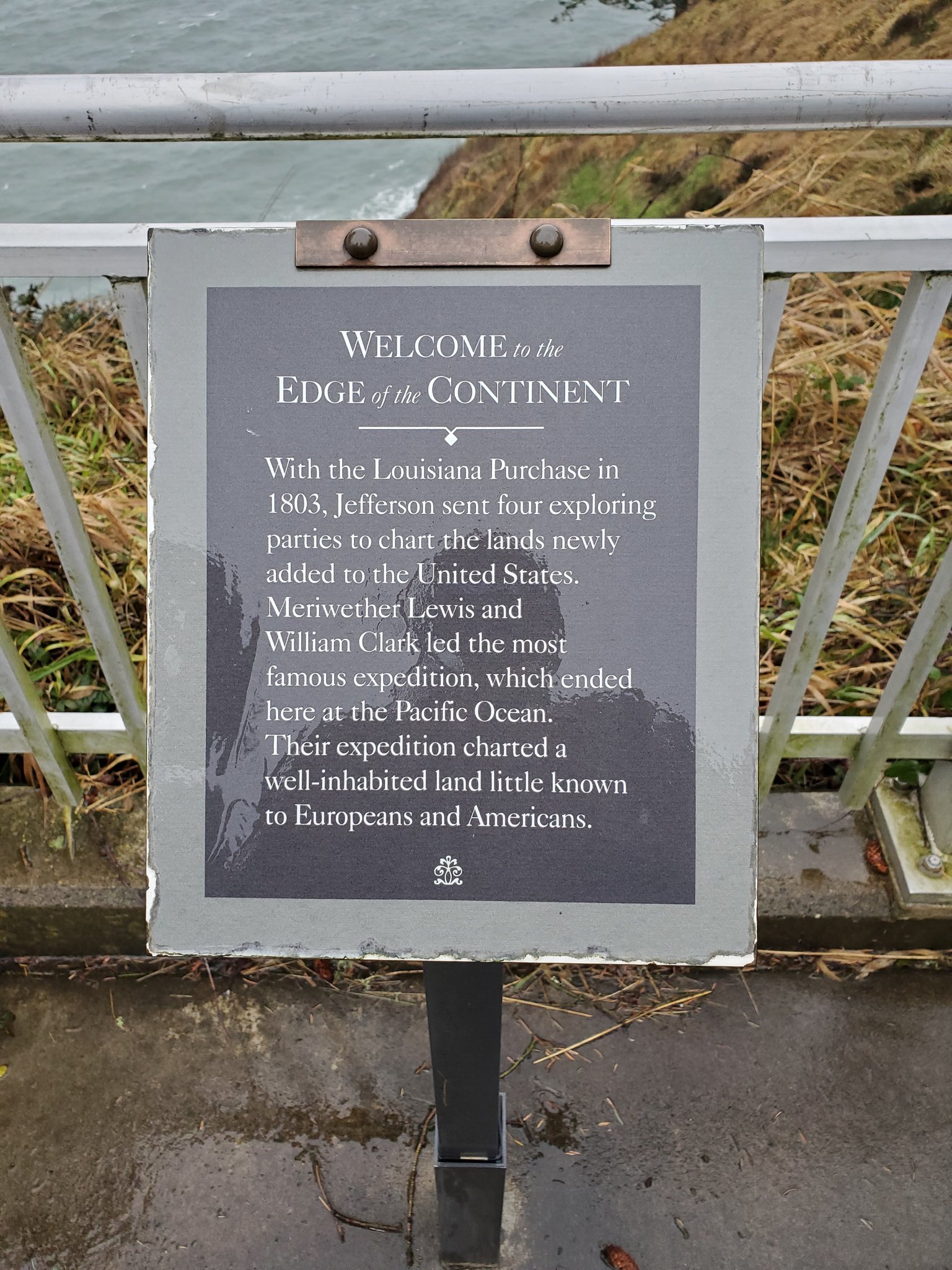 The actual best part of the museum was time in the bathroom. Don’t be gross, people. I was there at the urinal doing what I do best and in walks a kid. I can’t guess ages but I’d say he was like 3-feet-tall years old. He struts up to the urinal next to me, let’s out a sigh like “damn, it’s been a long week and it’s only Wednesday, amIright?” and half under his breath says “Let’s get this done.” It took everything in me not to bust out laughing. This interaction should have come from a 50 year old guy working on the Detroit auto-line while he was getting ready to take a tire off a car, not some twerp kid pissing at maritime museum. One reason I continue with this blog is to remind myself later of these wonderful moments in life.

After Astoria we spent the day napping. Jen set her alarm to wake us up for the midnight ball drop, we wished each other a happy new year and went back to sleep. That’s what you do when you’re an adult. For tomorrow I promise movie sets and whale bones.