This one is just a tad bit late but it’s been a busy few weeks. I’m getting this in just days before I leave for my big October trip. Also typing was a pain in the butt with my cast on, fortunately as of Sept 25th my arm is naked once more! For my big September adventure I conquered The Heart of the Civil War Heritage Area Geotrail. It was a series of geocaches located at various Civil War memorial sites often with puzzles that helped you learn about historical events. It took 2 days and a lot of driving around but I was able to complete the trail!

The first cache we looked for was a bust. We were at the location, we could see where it was probably hidden, but were put off by a wedding. In fact just behind where the bride and groom would stand was the hiding place. Although the wedding hadn’t started, there were enough people sitting in attendance to drive me and Jen off. Our first actual find was at a very close museum. Spoiler alert: it was in an antique wall lamp! 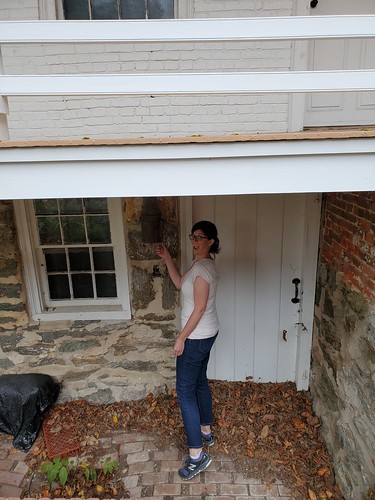 Along the trail we found a few interesting spots. During one stop and grab we found a park full of alien playground equipment and a weird dog race where the dogs chance plastic bags down a roped off course. One owner had a van full of dogs in kennels, the back door open, and ribbons and awards displayed prominently. It was weird for a really small park in the middle of nowhere. So what cool equipment did it have? This weird ball of death I climbed in and out of in my cast! 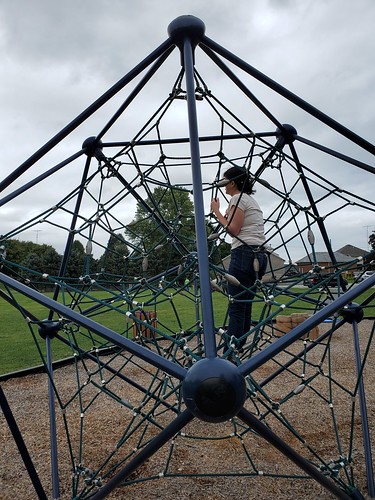 Dr. Jen the adventurer was also able to play “the ground is lava.” 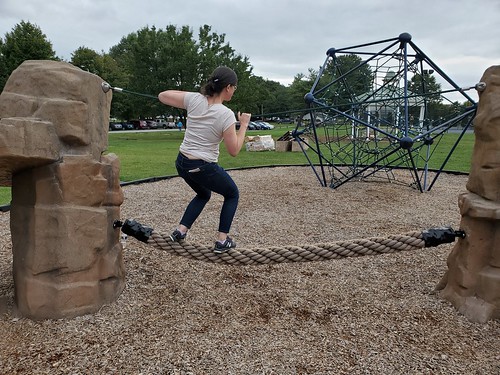 Last was this weird electronic thing. Kids are spoiled today! Not to sound old or grumpy, but we had metal slides that dumped onto asphalt. Your ass would burn on the metal and then your knees would scrape when you landed. The device below let them play games similar to whack-a-mole and Simon. Lights randomly flashed and you had to hit them as fast as you can or repeat back the pattern. It was wild and free! 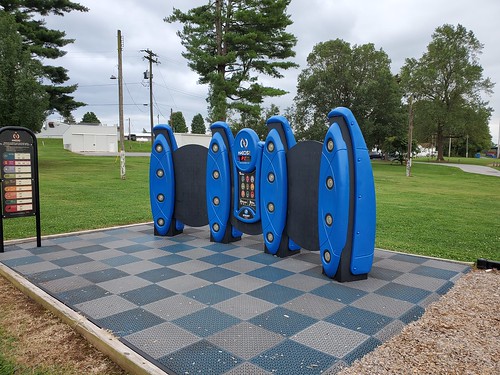 So funny story. Jen and I entered the wrong parking lot and got on the wrong trail to find a cache. The right trail was a wooden bridge through a marshy area with different informative signs highlighting battles and parks. The wrong trail is pictured below. Going down the rope one handed because of my cast? Yep I landed on my ass. 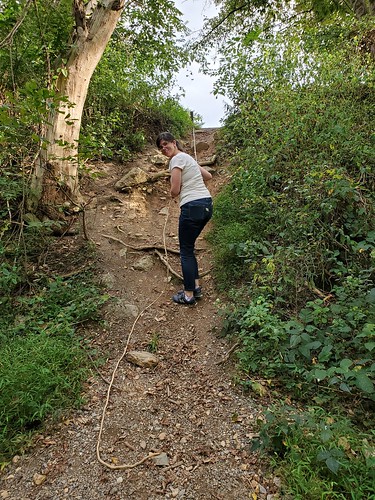 At a cemetery stop I pretended to be Francis Scott Key. I do make up songs all the time but I doubt my “I’ve got to get out of bed and hope I die before I get to work” song will ever be a national anthem. Stupid because in our hearts, we all sing my song each weekday morning. Admit it. 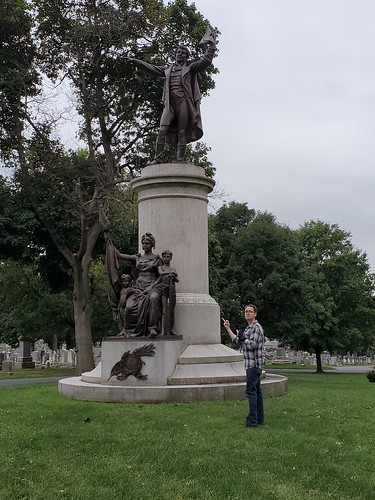 I also met my future friends. When I’m old and playing pinochle in “the club” with “the guys” they all better be named after the guys in this cemetery section. The irascible Grover Crummitt (funny since Bessie was essentially a saint), the quiet Bentz, ladies man Murray, Willard (who’s always good for a card trick or dirty joke), Bird, good ol’ Davis, and Frank “Zepp” Zepp. Thems the guys. Thems the good guys. 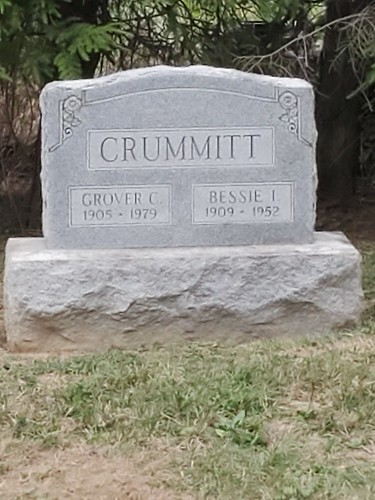 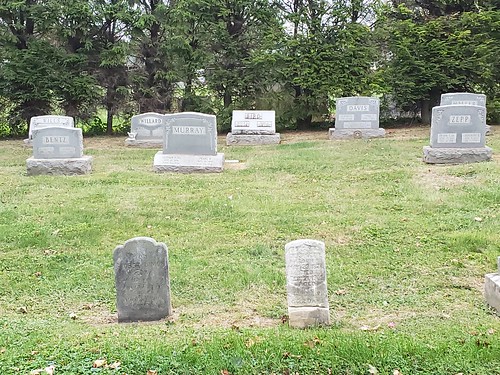 Our last stop was at the visitors center to find our final cache and pick up our prize. While at the center of course we had to take Civil War costume photos. I was wistfully thinking of my betrothed while lamenting the friends I lost in battle. 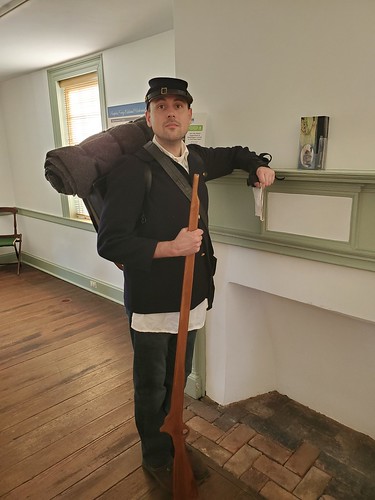 Jen mixed her medicines preparing for the next group of soldiers being brought home. She was tired but the boys in blue deserved the care. 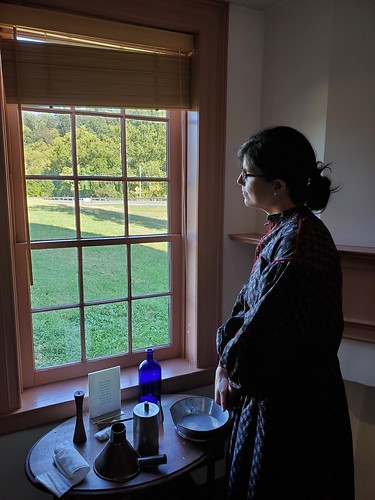 After we finished playing dress up I ran up to the Information Desk and proudly displayed my passport. The lady working had no clue what I was talking about at first and told me I was the first person on the geotrail she’s dealt with. I found this weird since this is a trail that’s been around for a few years. Either way I got my geo-coin and Jen said it was the most sincerely happy and excited she’s ever seen me. Who wouldn’t be excited if they got a Civil War themed geo-coin?! 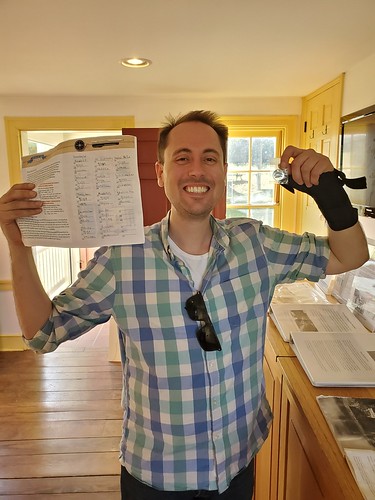 Now let’s consult the rubric and see if it counts as a big adventure. It’s not as exciting as August’s bull ride or October’s cattle drive, but it was fun and active. I ranked danger a little high only because I busted my ass on that climb and crawled off trails (including the Appalachian) through multiple spider webs and bug dens. Several of the places had no paths and ticks were probably around with their many diseases. So overall it counts! 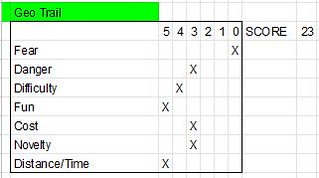 Was this my best post? Far from. Was this my most exciting adventure? Definitely not. Is it a let down being sandwiched between bull riding where I broke bones and a cattle drive? Nah, I still had fun. I leave Saturday for a 10 day, 1,000 head cattle drive, sleeping outside 4 of those days and in primitive camping site another 1 or 2. They’ve already had a snow storm and it’s scheduled to rain/snow my second day. Stay tuned, dear reader, to see if I survive.