Second month, second big adventure. The weekend of 6/21 I took part in The Green Mountain Adventure Challenge hosted by Vermontime. There are three different challenges but because of limited time and money only took on the Dover, VT challenge. This thing was hard! We found out it’s a social event, we wouldn’t have really gotten started had it not been for 2 other groups. One of those groups would have never finished without us. It was less physically challenging (except the end) than we thought but much more mentally challenging.

Before we start, let’s talk about the creepy ass gift shop we randomly stopped at. The Big Moose Deli and Country Store wasn’t really creepy, it was just the kid lurking outside that terrified us. Dr. Jen first spotted him in a yard singing to himself. I didn’t see him but damn that singing was straight horror movie shit. It was a high pitch boy voice intoning some weird sing-song lullaby. As we continued towards the store he began jumping on some corrugated metal behind a shed between him and us. Again I still hadn’t seen him. Finally just as we got to the store I turned around to look and there he was. His head was titled sideways so that his ear was almost against his shoulder. He was staring right at us. Worst of all he was right behind my Jeep, cutting us off from our escape. The entire time we were in the store I kept wondering if I locked the doors. Damn that kid was creepy.

Inside however we got a few laughs. We assumed these would be our last moments before the Children of the Corn took us out so we tried to enjoy them. At the doorway we got a few good photo ops. Dr. Jen with some super friends! 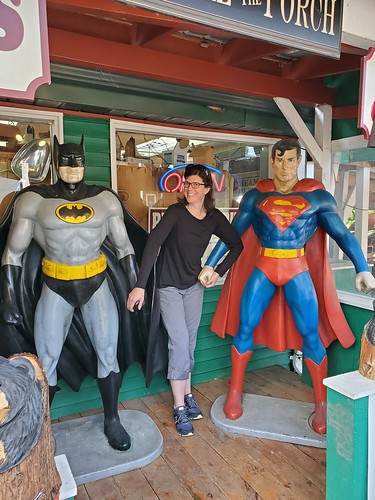 I also met this guy again! I last ran into him on the first day of my 2017 journey! Good to ketchup with old friends…holy crap, that joke is gold. 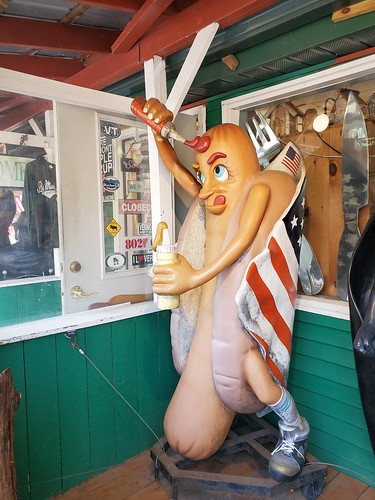 We also had to get the American Gothic shot. When it’s there, you have to take it. 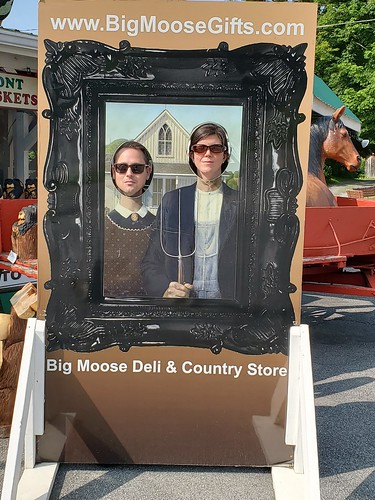 Inside was a collection of fun sounding soda-pops and food. There was a lot of candy and wooden junk that no one needs but everyone secretly wants. Honestly if you read this blog I know you want a wooden statue of a frog playing the banjo and drinking a beer to put on your bedside table. We tried two of the drinks. The maple syrup tonic water wasn’t good. The buttered corn soda was terrible. The smell it gave off was foul and seemed to get worse the longer it sat open. The taste was very much like buttered corn, which I love. It just wasn’t right though. It was just wrong. I tried chugging because I didn’t want to waste it but couldn’t finish it. Too gross.

Here are some of the other flavors we didn’t buy!

There was also this little gem:

Because the kid wasn’t scary enough, 20 minutes down the road we saw Deepkill Rd. Nothing weird or ominous about that. 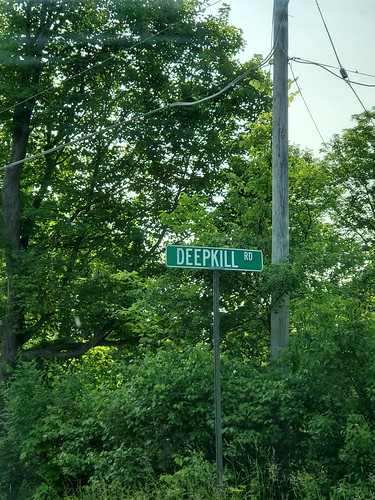 Further on our journey we saw signs to a famous person’s grave. It belonged to a man who joined the American Revolutionary Army at 14 years old, later provided meat to the troops during the War of 1812, and is frequently represented by men on stilts at Memorial Day sales. That man is none other than our Uncle Sam! I wasn’t really aware he was a real person. I’m not sure where they got his modern image from though, the wiki page of the real Samuel Wilson shows a very stern and scary looking guy. Either way, I sat on his memorial bench. 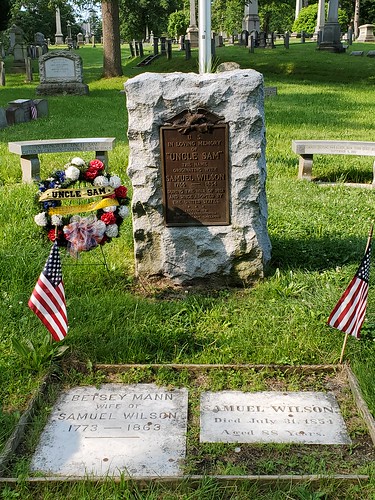 A New York motel and sub sandwich later, we arrived in VT for our adventure. I don’t have very many pictures of the actual challenge. It was solving riddles, hunting around a bar and house, shooting arrows, decrypting messages, following compass bearings for so many paces to find objects. That kind of thing. This is a picture of one of the fake books with a message inside: 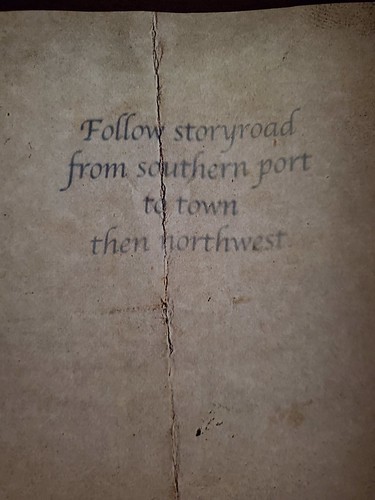 I don’t want to give away any hints or secrets since this challenge goes on until September but damn it was hard. We had to stop for at least 2 alcoholic beverages to get by! We also climbed a freaking mountain! Over 2 miles up a stupid ski slope with a 14% incline. That sucked! Here’s Dr. Jen at the start giving an adventure pose: 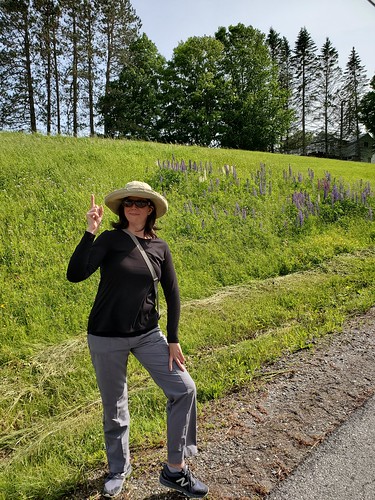 Here is her about 2/3rds the way up giving the same adventure pose: 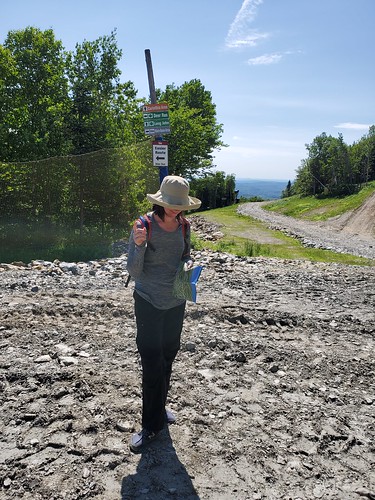 You can’t tell from the picture how steep this climb was but please note that my reaction is appropriate and in noway an overreaction. Jen was so tired a finger slipped into the picture and we didn’t notice until we got home. 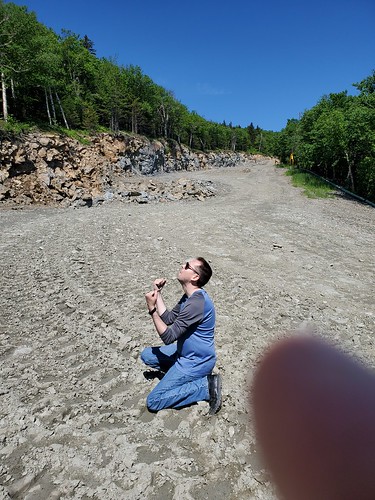 We made it though and had hot dogs at the top of the mountain. I also had a cucumber mojito because water is for chumps. That completed our challenges! 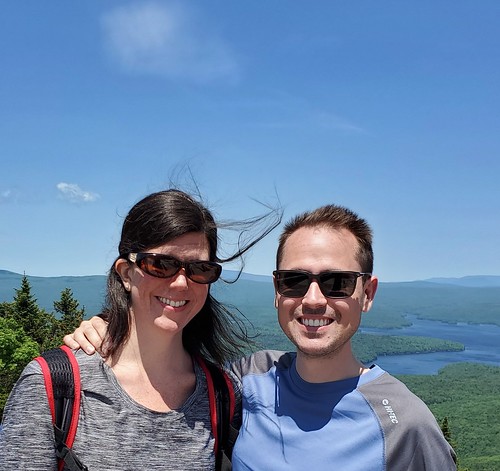 That evening we celebrated our completion at the Whetstone Tavern on the Connecticut River. We ate poutine on the patio and watched a beaver swim around. Most importantly said restaurant had a penny machine and I was able to get a souvenir from the trip! 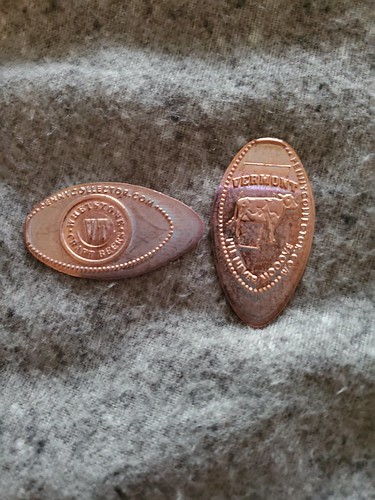 The restaurant also had a special panel in the bathrooms. I appreciate their concern for the welfare of others. 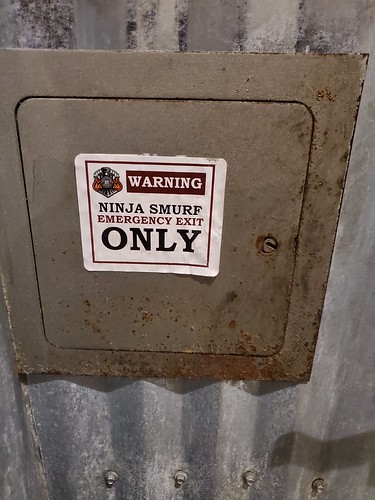 Even though we were tired and sore, we knew we needed to make at least one stop on the way home for you, dear reader. You’re welcome. We stopped at a cemetery in Florida, MA. Gordy and Joyce Burdick’s time expired and no amount of coins would buy them anymore. 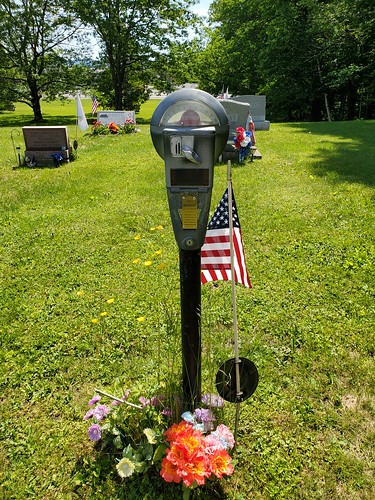 A special shout out to the Vintage Motel in Wilmington, VT where we stayed! The guy was super nice. He was a lawyer in Pakistan but hated the corruption and wanted to come to America. In the 1980s he worked at a tacky souvenir shop in (at the time) nasty Times Square amidst junkies and peep shows. He saved up and eventually bought this fun motel. Most importantly I want to show our shower. It had a slanted ceiling reminiscent of my shower in Canada. Anyone 6ft or taller (which I am not) would have to bend a little to get fully clean. Also it had a fully functional bathtub. It had the stopper and the bathtub faucet and everything. Why is the tub worth mentioning? Because it was less than a foot deep and maybe 3 feet square. Who can bathe in that? Not I. 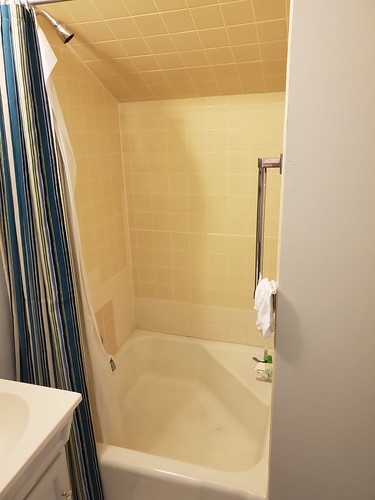 I hope you enjoyed the post! July’s adventure is coming up so stay tuned for another episode of “Will The Yuppie Hobo Hurt Himself During his Mid-Life Crisis?”