As mentioned in the past few posts, I turned 40 this year! In fact, I turned 40 this past Tuesday. Before May 28th, 2020 I will conquer at least 40 adventures of varying danger and excitement levels. Each month I will commit to taking on one big and exciting adventure. How do I define adventure? What makes it a large vs small adventure? That’s totally up to my discretion. My blog, my opinions. I will do a blog post of each month’s large adventure shortly after it’s completion. Sometime around my 41st birthday I will do one or two longer posts about the other 28. That’s the goal anyway.

On my birthday I took on Big Adventure #1! Horseback archery at Garden State Horse Archers! My parents made sure I was comfortable riding horses from an early age. I’ve also been doing very beginner archery since I was around 7 or 8. I wouldn’t say I’m particularly good at either but I’m definitely better than most of my friends who have never been on a horse or shot a bow. I figured there wouldn’t be as much of a learning curve for me putting them together. Oh how silly of me.

Our scheduled start time was 10:00am and the place is about an hour from me. We left early because I’m one of those people who would rather be an hour early (which we were) than 5 minutes late. Unfortunately after I got there they emailed me asking to postpone because of rain. Fortunately by noon it cleared up and was a beautiful day for shooting things! Our training started just shooting arrows while standing, then shooting sitting on barrels to simulate a horse, and then while standing on PVC pipes kind of lumberjack log-rolling style. I was told to stick out my boobs and butt, of which I have neither, and close my hips. I’m not sure what that means but I feel we did alright. Jen killed a ‘gator and I hit some dinosaurs, which made me sad.

Jen was given a sweet horse named Toby who was gentle and great for first time riders. I got Chick and he is not a guy who likes to mess around. Chick ain’t got time for none of your nonsense. He was constantly on the move and impatient those times we were forced to stop. He’s a handsome guy though and I can say I’m a fan. 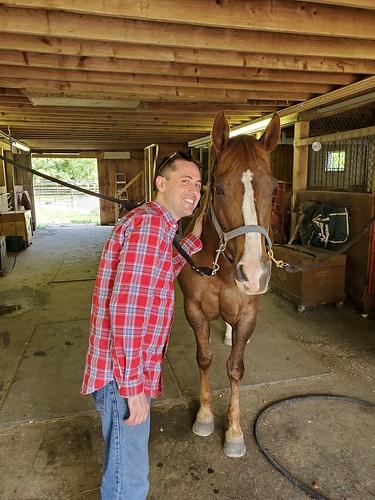 The teachers are excited for me and my cattle drive. Because of that, they want to tailor my classes more towards riding skills than archery skills. I appreciate that and the fact they want to teach me how to prepare my saddle and other tack myself. While I was taking some of the equipment off Chick, he placed his head down on my shoulder like he was hugging me. Did I kiss him? You’re goddamn right I did! 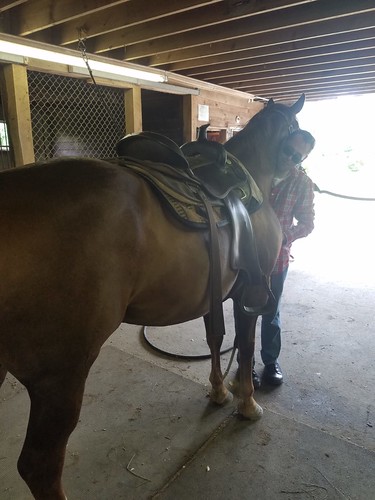 The setup for the actual horseback archery was simple. There is a roped off part of the trail that the horse walks down. I sit on his back and aim at the first target, shoot, pull a second arrow from the quiver on my thigh, aim, and shoot at the second target. Sounds easy right? Anyway you can see how well we did below. The horses felt like they were going a lot faster than they look in video. I guess it seems that way because we had so much to do to line up each shot. Sadly Jen forgot a belt so she didn’t have the quiver and our teacher had to hand her the second arrow. I think reaching down to grab it from the left side of the horse instead of reaching down to her right leg made it more difficult for her. She did great but had lots of problems preparing for the second target.

We look good in the video but how did we actually do? For all you know we could have been firing blindly into the woods and missing the targets! Actually we did miss the targets several times. But we also hit targets! Check out this Robin Hood-esque shot! Eat it, Katniss. 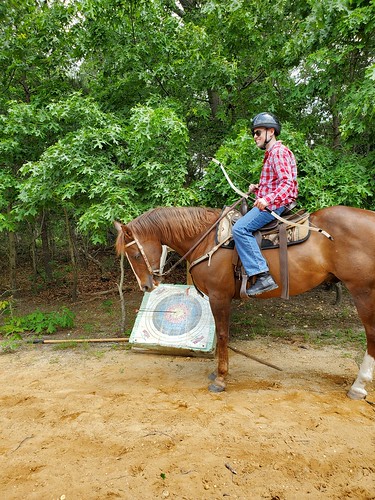 I’ve always worn a guard during archery to protect my forearm. I’m trying to work on my grip so that I don’t need one but breaking bad habits can be hard. Beyond trying to reteach myself how to hold the bow, I need to work on posture, matching the rhythm of the horse, and get use to using a horse bow which is slightly different than what I grew up with. That’s a lot to learn and obviously I’m still struggling with it. Our teachers are great but I’m a bit of a slow learner. These are pictures from the last 4 days in order. You can watch the progression of colors my arm takes. 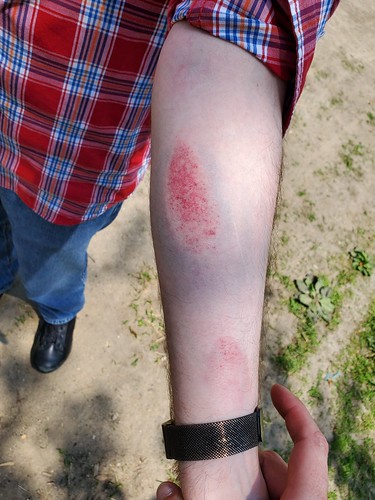 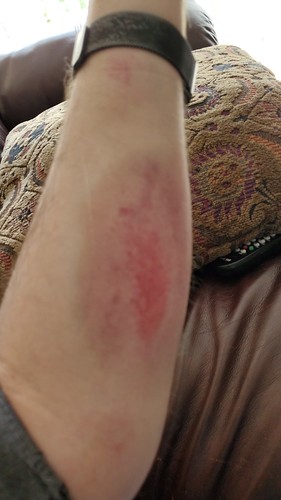 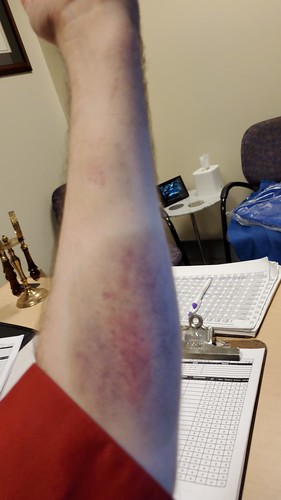 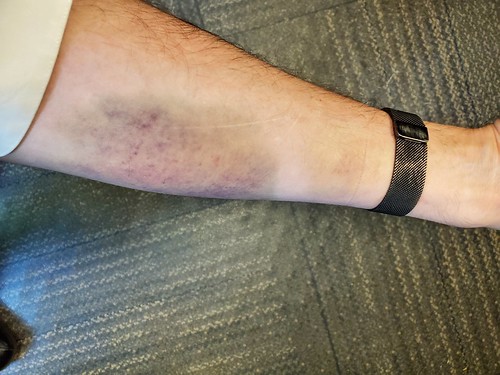 Here’s our main teacher Jackie (with her UD toothbrush!), Dr. Jen, and Chick! I just confirmed our next two lessons with Jackie today and can’t wait! 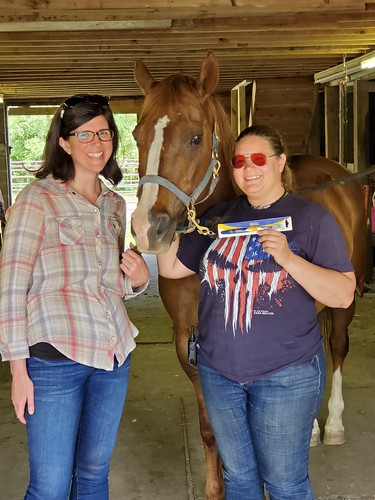 I’ll end with an important part of Adventure 1. What would a trip be with Dr. Jen if there wasn’t ice cream? The place we stopped at didn’t have rainbow sprinkles for her, they had something so much better! DINOSAUR SPRINKLES!!!! 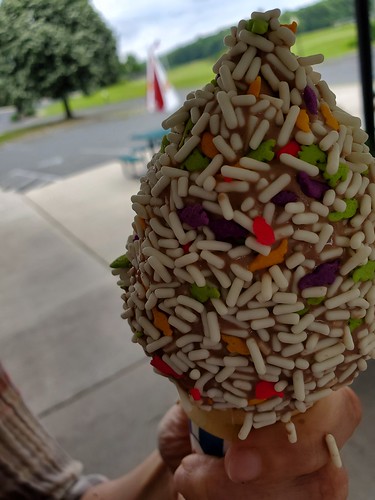 Three days since my birthday and I’ve got a huge welt and sunburn. I think I’m doing my mid-life crisis correctly!