The weekend after Valentine’s Day 2019, one of my favorite museums had a fun and strange event. The American Visionary Art Museum has a rotating collection that displays “outsider art.” Basically it’s from artists who are self-taught and can include anything from prisoner sock art to William Burroughs’ shotgun paintings. I’m always hopeful I’ll see John Waters at one of my visits but continue to strike out. I digress, I decided attending the AVM event should turn into a weekend in Baltimore!

This should be a short post but have some fun pictures. It was a quick weekend with very little agenda. In fact all of our plans, except Saturday night at the museum, were done on the fly. After checking in our hotel and walking around the Inner Harbor looking for pizza we discovered there was an Edgar Allen Poe themed escape room! Friday night, no reservations, we figured there was no way we were getting in. Damned if we didn’t get to jump on someone else’s reservation! These kids were super clever and we were able to knock out this room. We solved it with 7 minutes left! I feel each one of us contributed our fair share and no one slacked.  I love how far they stand from me in the picture below. I swear I’m not that creepy or smelly. Well not smelly anyway… 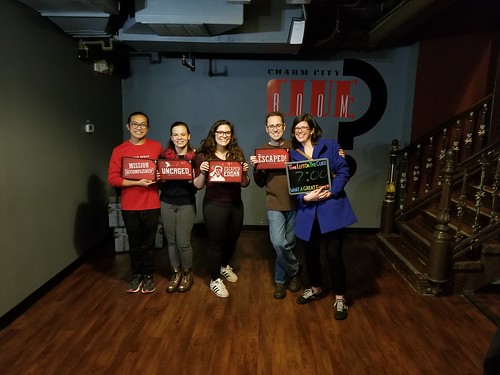 The next morning we started on a positive note and visited a graveyard! Specifically the Green Mount Cemetery. Once there we followed the signs to sign-in. The current office is a trailer in the very back of the cemetery. Not sure why anyone would actually sign in because you can see most of the graves before you get to the office. Also this was the fun first entrance we got to: 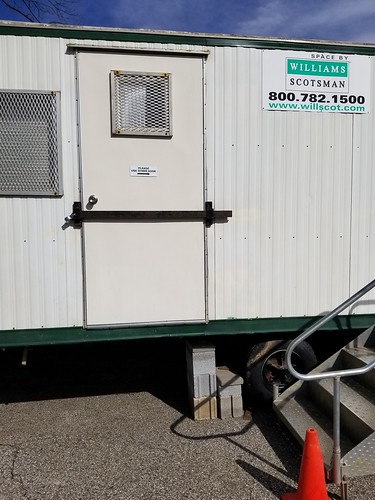 Fun step down! The great thing was the guy inside gave us a map and quick run down of the residents. He was also able to explain what this creepy, Liliputian statue in front of a kid’s grave was. Points if you figure it out and put something in the comments section (my way of trying to sucker people into interacting). 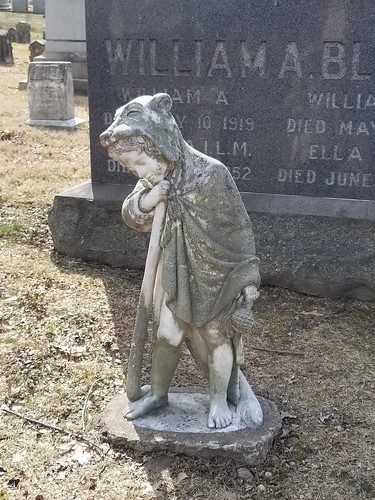 The grave I was specifically looking for was Mr. Elijah Jefferson Bond’s. He patented the Ouija board bringing hopeful demon summoners hours of fun for generations to come.

I’ve never actually played with one of these but I tried communicating with him via his tombstone. The jerk wouldn’t acknowledge me! I’m going to go look for the grave of the guy who invented the Magic 8-ball. Will he talk to me from beyond the grave?

Another (in)famous grave(s) in the place is John Wilkes Booth and family. I was unaware that his father was named after Brutus who killed Caesar. The Roman Senator’s face is proudly showed on the family spire! How fitting! How did I not know this? I also like that John’s grave is small and covered in pennies. Eat it, Confederate worm-bait! 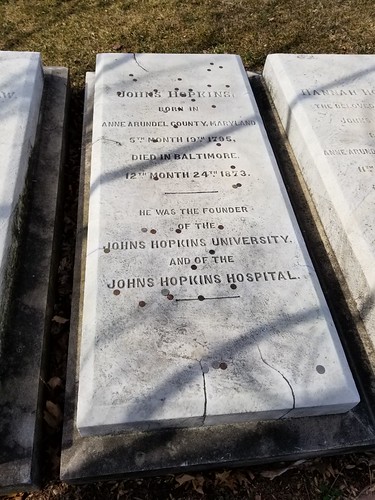 This guy who was apparently into Gothy poetry. 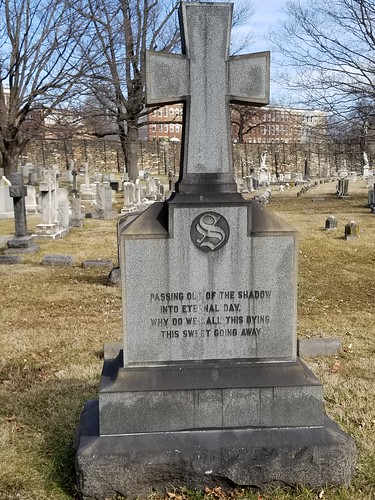 I get Art as a nickname for Arthur. I know sometimes if someone is a Jr. he goes by his middle name. This guy’s middle name starts with a W. Where did Peter come from? And if it’s a nickname, why not Pete? Why keep his nickname so formal? I really want to know these answers. 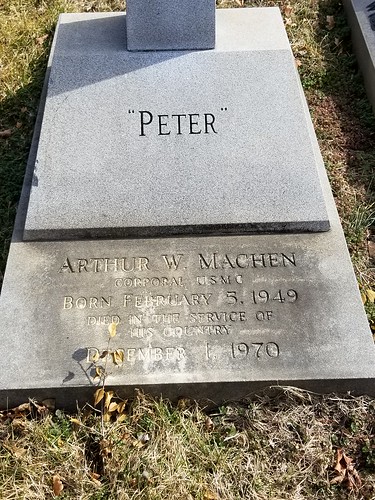 Lastly this great one. “Home is the hunter from the hill.” I have no clue what that means but I’d be lying if I didn’t think it sounded like a terrifying curse or warning. Maybe I should have tried communicating with this grave. 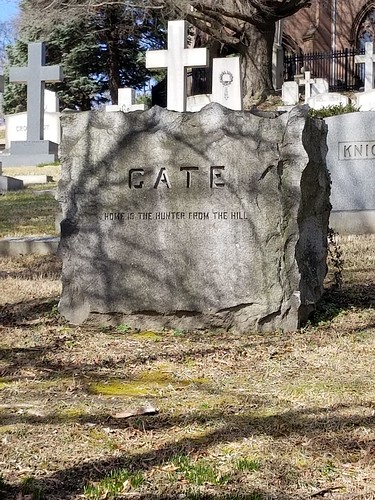 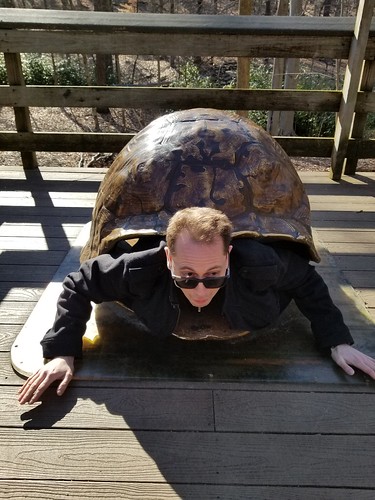 …and Jen would take to laying eggs. 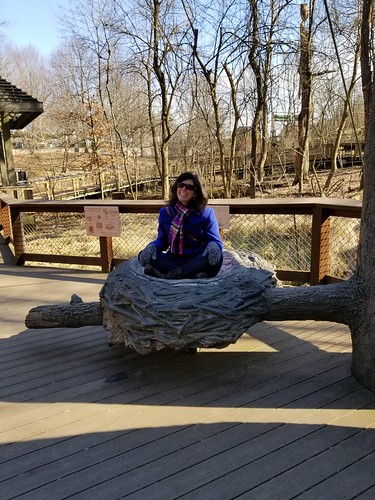 Also I got pennies! 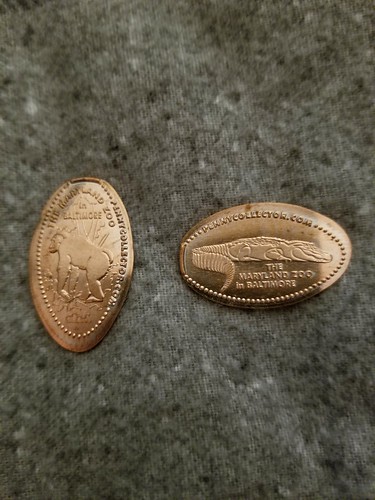 That night was the main event. At the museum we attended a Small Foods Party. Adult and children competed in multiple categories making tiny, tiny dishes that tasted and looked amazing. So much fun but so little nourishment. Of course Dr. Jen started with a lovely ice cream cone made from a Bugles chip. 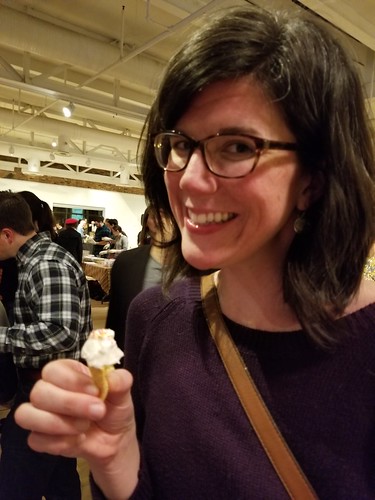 For our appetizer we wondered over to the mini-salad bar. Everything was cut and shredded to the perfect, mini size and served with tiny little bowls and forks. I love the little sneeze guards they added for authenticity and protection. 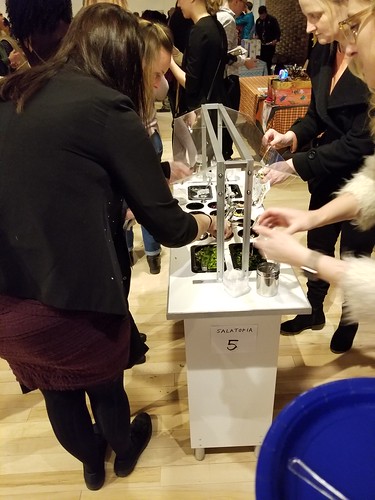 Some booths had different beverages. At a mall themed booth, Jen had an Orange Julius (I got thrasher fries with vinegar). The drink below however does have alcohol in it and was served via eye dropper. 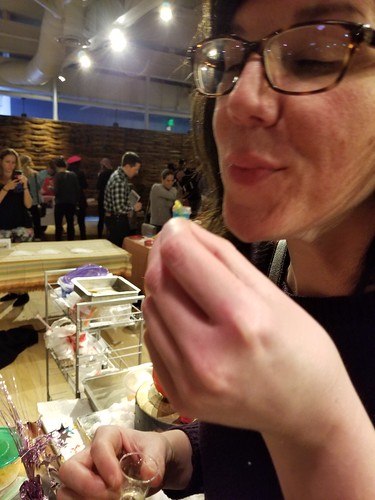 Looks wise, my favorite item was my Cuban sandwich. It didn’t have much taste but tell me that isn’t an adorable sandwich. It was in better shape before my clumsy fingers got a hold of it. 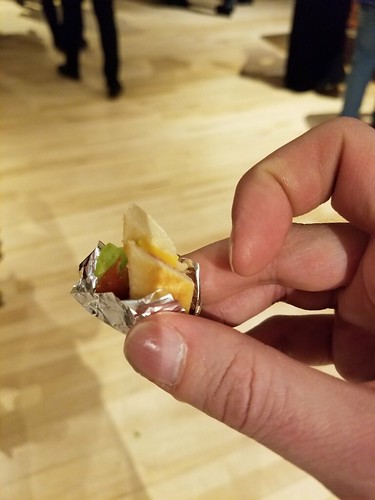 A lot of those at the party were members of the LGBT+ community. Several of the booths were queer themed and super clever. I loved the Gender Rolls Bakery. Brilliant. 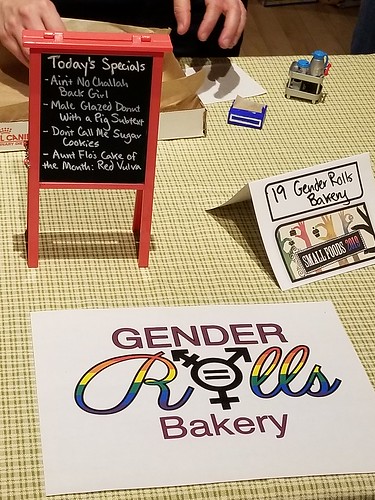 The croissant, like everything else, was adorable. It basically tasted like a hard crumb but who am I to judge art? 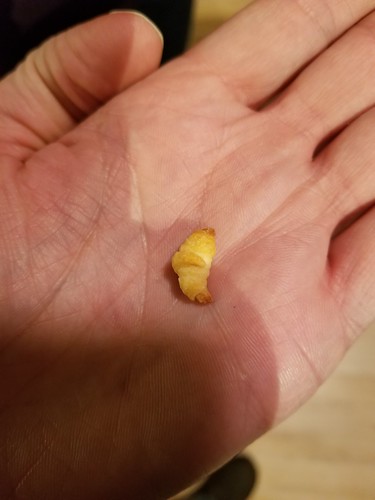 Of course Jen started and ended the night with some ice cream. This time with sprinkles! They gave me a donut…I dropped it because it was too small to grab…they gave me a second…I ate it. That’s that story. 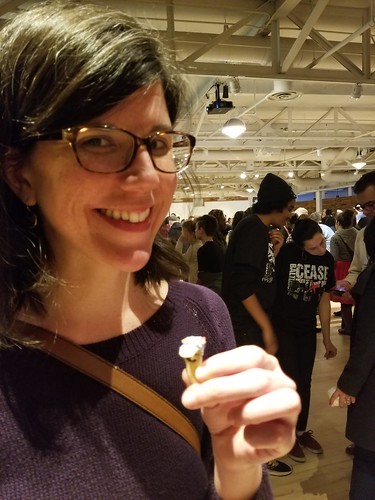 The next day we got to see Cymbeline at the Baltimore Shakespeare Factory! It was great and I won an XXL t-shirt and free ticket to a future play. Overall I’d say our weekend in Baltimore was a huge success.

2 thoughts on “Great things are done by a series of small things brought together. – VVG”